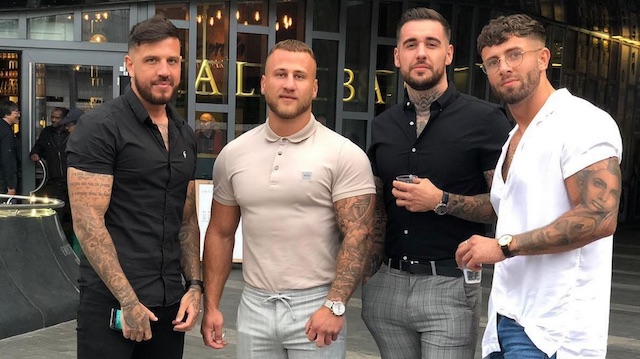 Anyone got a spare £1 million?

The NFT hype train continues to roll out of the station and the latest idiots to jump aboard it are those four lads with their tight jeans and tattoos who inadvertently became one of the funniest memes ever when they posed outside an All Bar One on their night out in Birmingham last year.

The four lads in jeans have set a massive reserve price of £1 million for the original artwork and it might surprise you to learn that they’re not doing this simply to line their own (tight jean) pockets, but instead to raise money for CyberSmile – a Cyberbullying Charity – after their mental health was severely affected by all the trolling they received after the meme went viral. Here’s what they said in their statement:

A post shared by Four Lads In Jeans (@fourladsinjeans)

Our image has created some of the best but also worst moments in our lives having experienced some of the highs and lows which come with the public spotlight.

Our ultimate goal is to support in eradicating online abuse, and we hope the sale of our image can contribute towards this.

Fair play I suppose. Even if they’re not donating all of the money they raise to CyberSmile, I wouldn’t begrudge them keeping some of it for themselves because they probably deserve it after the relentless trolling that they’ve been subjected to since their photo came out. Anyone that pays £1 million for an NFT of that meme has to be completely and utterly out of their minds though.

For more of the same, check out how much the overly attached girlfriend meme sold for as an NFT a couple of weeks ago. Crazy money.