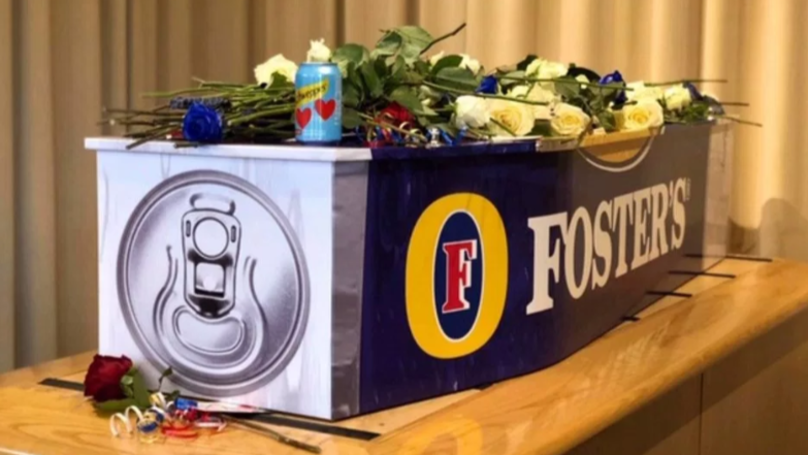 I like a beer as much as the next guy, but I don’t think that I wanna end up buried in a coffin resembling a can of my favourite beer brand.

Bizarre as it is though, this was Perry Cardle’s final dying request and his family honoured it by spending £700 on the special custom made coffin. Seems rather cheap for a coffin doesn’t it?

Anyway, during the funeral a glass of lemonade was placed on top of the coffin to pay tribute to Cardle’s favourite drink – a Foster’s top. Touching/weird.

Perry’s sister Mandy Hunter said the following about the funeral: 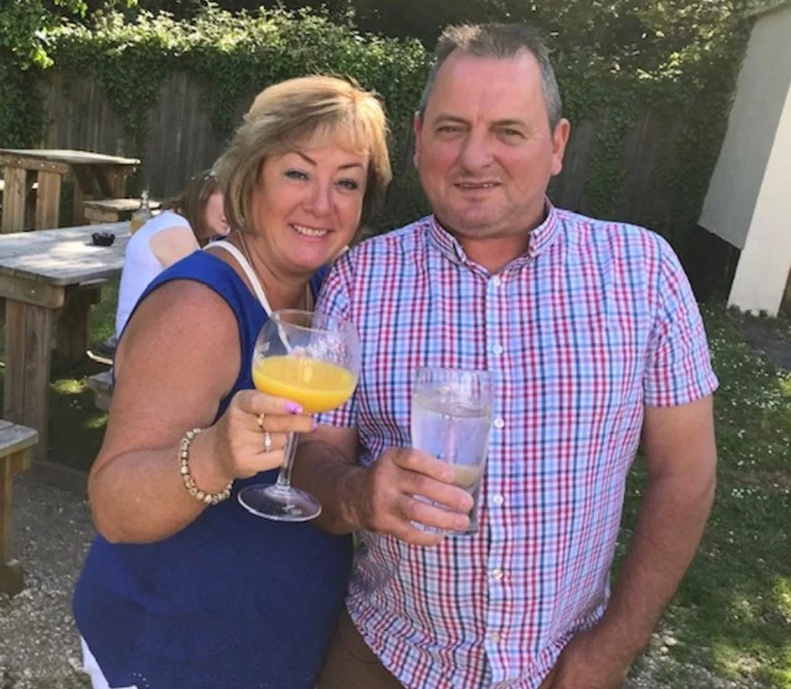 It was my idea to have the Foster’s can printed on the coffin, because it was Perry’s favourite and he loved being around friends and family at the pub.

He was a hard-working man who worked Monday to Friday, so he would go to the pub on a Friday and Saturday night.

I spoke to the funeral directors and asked if we could have the coffin wrapped, like you can do with cars. He said it was possible and gave us a quote. While a traditional coffin would be around £400, we paid £700 to have the Foster’s can printed on it.

We didn’t want it to be a sad funeral, we wanted it to be upbeat and happy, just like how Perry would have wanted.

We had so many lovely comments at the funeral saying what a lovely idea it was, it will make people remember Perry’s funeral with happy thoughts.

Perry was quite a quiet person who kept himself to himself, so I don’t think even we realised just how well liked he was by his friends and fellow workmates.

We were overwhelmed with the amount of people who turned up.

Well that is nice isn’t it?

Really like the sentiment of the whole thing – even if it is a bit weird – but the thing that I’m really struggling to get my head around is that his favourite beer was Fosters because it literally tastes like warm piss even when it’s cold? Easily one of the worst beers out there and I kinda feel sorry for the way the guy lived his life if that was what he enjoyed in his spare time. Just pay the extra 50p and get a Heineken pal.

For more of the same, check out this story about a man getting 15 cans of beer pumped into his stomach to save his life. My kind of operation.