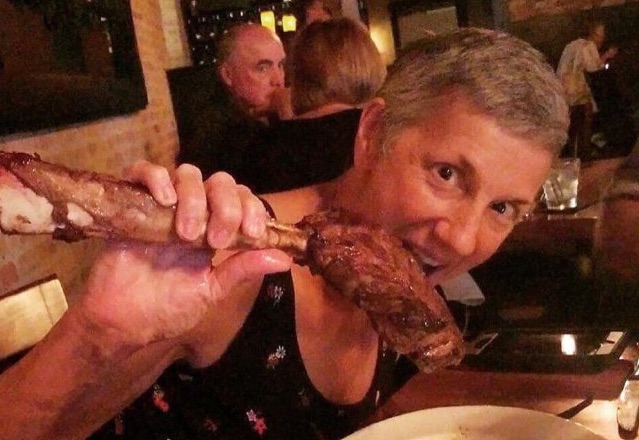 Whatever works I guess.

I never thought I would be writing so much about people adopting raw meat diets, but here’s my second article about it in two days. Crazy.

This one is a bit weirder than the one yesterday as in this one a 56 year old vegan is fully denying her old lifestyle and switching over to a raw meat diet. She’s also bigging it up, saying that it gave her the body of a 26 year old, saying that it’s the only thing that has ever been able to cure her lifelong constipation. Sounds like there was a lot of shit waiting to come out there.

Here’s what Eva LaRoche had to say about it all: 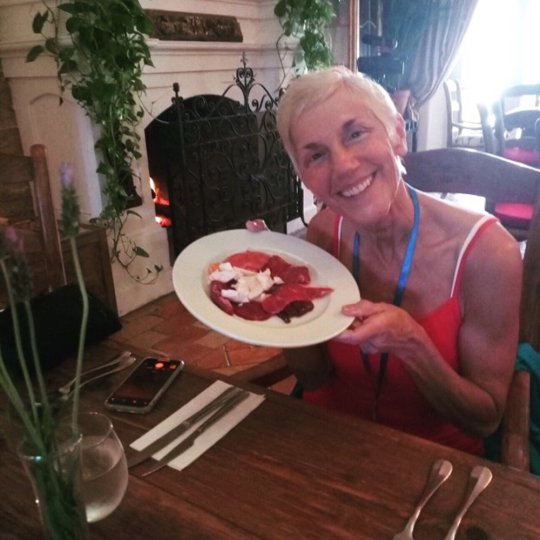 I feel better so much fitter and stronger now, and I have the body I had when I was 25,’ says the mum of two.

Straight away I saw an overall improvement to my health and I went from having boulder-hard poo to soft and regular bowel movements every day.

My whole life I had tried everything to fix this problem – which has been so bad at times that going to the toilet felt like giving birth – but nothing worked.

For me, veganism was never about the ethics or the animals. I just wanted to do whatever was best for my body and I would do whatever it took to be as fit and healthy as possible.

I really didn’t notice much improvement and I remember my older sister Susan saying to me, “How come you’re ill so much even though you eat so healthily?

It was true, I had a cold every month, flu once a year, and after a few years of being vegan my hair started to fall out and my skin became really dry.’

I was getting quite despairing and just wanted to find the key to fix this problem that had been there forever.

Then one day I was scrolling through a Facebook group for paleolithic dieters and I saw someone talking about raw meat eating being really beneficial for your health. ‘I thought, “What have I got to lose?”‘

As soon as I discovered raw carnivorism, within days, my constipation was cured.

It has really done wonders for my health more generally, too. I never get colds any more, I’ve got much more energy and my body is fitter than it has ever been.

This way of eating is still very new and little understood.

My family also think I’m pretty crazy eating the way I do, but they have got used to it now and know that I do it because it makes me feel better.

They say that eating raw pork can be dangerous, but I have never had a problem and I’m always very careful to source the animals I eat and only get them from responsible farmers. ‘

I’ve spent a lifetime struggling with my health and now that I have found something that works for me, I’m not going to stop just because it seems strange to other people. 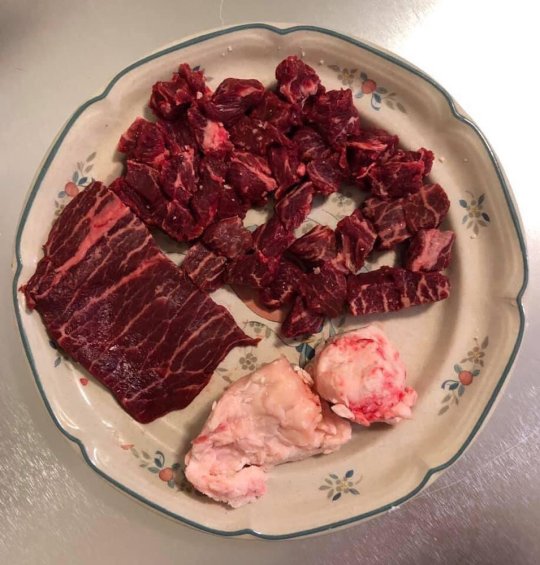 I mean I guess you’ve just gotta say fair enough really haven’t you? Whilst I find it completely and utterly disgusting that she’s doing this, the fact is that it’s sorting out a problem that she’s had her whole life. And it’s a pretty rank problem as well that sounds like has made most of her life pretty untenable. I guess two ranks do make a right sometimes.

For more of the same, check out the guy yesterday who liked feeding raw maggots to his babies. Gross.