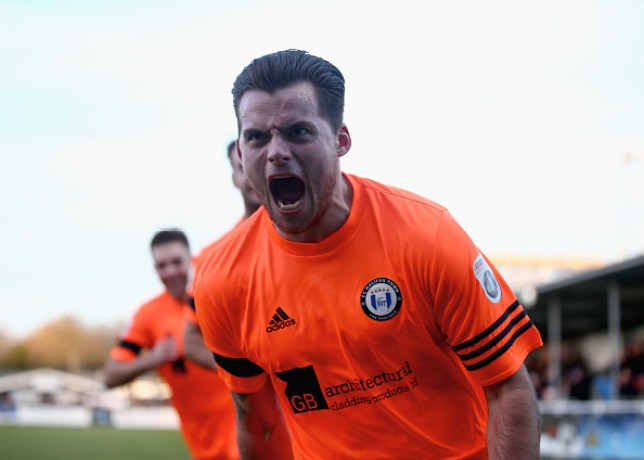 Back in January, it was reported that Matlock Town FC midfielder Jordan Sinnott had died in hospital after suffering a fractured skull and brain damage in an assault during a night out in the centre of Retford, Nottinghamshire.

Details about that night have today been shared by Metro as Nottingham Crown Court heard how one of the 25-year-old’s attackers, Kai Denovan, ‘flew immediately into a rage’ after the footballer joined in with what he believed to be the defendant’s ‘self-deprecating humour’.

Denovan, 22, ‘followed rapidly behind’ Mr Sinnott and his two friends Ben Bossons and Adam Towlson into The Vine pub before telling him he was a ‘good-looking lad’ and would have no trouble ‘pulling girls’ – unlike him, who was ‘fat and ginger’.

‘Yes I can see that,’ Sinnott replied, understandably of the belief that Denovan had established the green light for some banter between them. Instead, according to the prosecution, this provoked his subsequent violent behaviour.

Denovan’s co-defendant, 21-year-old Cameron Matthews pleaded guilty to manslaughter at an earlier hearing – admitting he was the one who delivered the fatal punch. Sean Nicholson, 22, from Retford, admitted affray in connection with the same incident.

Matthews says he hit Sinnott ‘two or three times’ after the brawl spilled out onto the streets from inside the pub, where Denovan had already punched Sinnott twice in the face. 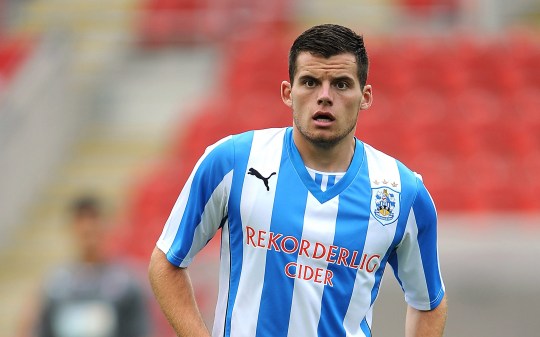 Prosecutor Michael Auty QC says Sinnott was willing to apologise for any offence caused – but Denovan, Matthews and Nicholson were like a ‘pack hunting down and exacting retribution’:

As deaths go, it was about as senseless, avoidable and devastating as perhaps it was possible to be.

He died, in fact, as a direct consequence of blows struck by Cameron Matthews, not by Mr Denovan.

However, you will all readily understand that those who knowingly assist or encourage… are liable too, even where theirs was not the fatal blow – perhaps even where they personally struck no blow at all.

If you set about someone with your fists, then it is obvious that you intend, at the very least, some physical harm.

Whilst he did not know Jordan Sinnott… Kai Denovan followed rapidly behind him and made a comment to Jordan Sinnott that he was a ‘good looking lad’ and would have no difficulty ‘pulling girls’, unlike him who, he volunteered, was ‘fat and ginger’.

What the true purpose of the remark was, only Kai Denovan knows. It’s hard to imagine how anyone might sensibly have replied.

Like he says, what is an adequate response to a drunk stranger saying to you ‘you’re good looking unlike me who is fat and ginger’? If someone is that self-deprecating when they hardly know you, you would think nothing of jokingly agreeing with them. Auty QC however believes the comment was a ‘deliberate honey trap’:

In the end, Jordan Sinnott chose to say words to the effect of, “Yes, I can see that,” no doubt thinking he was simply joining in with what appeared to be self-deprecating humour.

It’s hard to imagine there might ever have been an acceptable response, and Kai Denovan flew immediately into a rage, albeit contrived and entirely of his own making.

Denovan, having contrived a situation inside, and then erupted into violence when there was no need whatsoever, continued to lead the charge.

It is Denovan who is driving the exit from The Vine and deliberately pursuing Jordan Sinnott and his friends outside. He isn’t avoiding trouble – he’s desperately seeking it.

Denovan wasn’t interested in apologies – he wanted retribution, his own warped and dangerous justice.

He, of course, had senselessly started it all in the first place, and had he the integrity and grace to admit it and behave as Jordan Sinnott did, everyone could have gone their own separate ways, no-one would have been hurt, much less killed, and events that evening would probably never have been mentioned again.

Just a senseless and completely unavoidable tragedy, all because some lads think getting into fights on a night out is big and clever. As we’ve seen before, any drunken scrap can inadvertently lead to a pointless loss of life and a murder/manslaughter charge at the end of it. Remember that when you think you’ve been ‘disrespected’ or whatever on a night out. Let’s hope these pricks all get the book thrown at them. RIP Jordan Sinnott.

For the man who murdered his own mother after she dissed his roast potato making skills, click HERE.