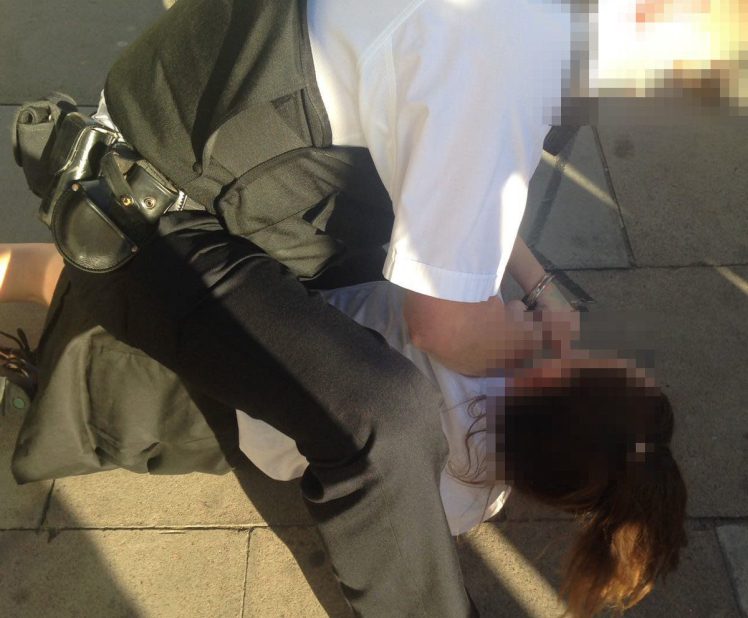 Footage emerged this week of a teenage girl being tackled to the ground and dragged along by a police officer.

13-year-old Katelynn Murphy King was reportedly being arrested in Wapping on suspicion of affray and breaching the peace. However, the officer can be seen dragging the young girl across the ground, which later caused her to suffer severe bruises.

After being taken to the station, the girl was soon de-arrested and released. Since the footage has emerged online, the police officer involved has come under fire for his “unjustified actions.”

This footage comes shortly after the release of a video shot in Tower Hamlets, similarly showing a  worker being physically restrained by an officer. The Mayor of the borough, John Biggs, has said that both of these videos raise serious public concerns:

It is clearly disturbing to see a girl as young as 13 being arrested like this.

The police need to be able to act forcefully on occasion but that should clearly be an exception.

Together with the events recently in Stepney the risk is that public confidence in fair and proportionate treatment is undermined.

I would urge the police to listen to and address the community anxieties which have been expressed recently. 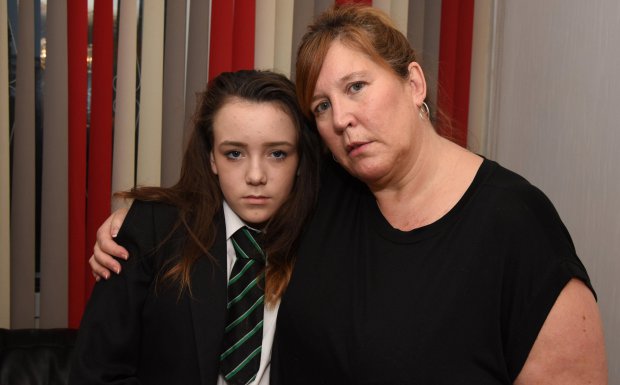 It was just two kids having a dispute and the policeman went too far.

He came up behind my granddaughter. Katelynn didn’t know he was there and he restrained her on the ground.

She tries to get up and he just drags her like a piece of meat. I think it’s really important that the whole thing is made public. It was very excessive.

Question is, does this policeman deserve to be punished for this? Obviously he was just trying to do his job and break up a girl fight, which we all know can get pretty nasty. But then to drag a young girl across the floor like that is obviously not a good idea either. I guess he was in a bit of a catch-22.

Still, it’s nowhere near as brutal as the police over in the U.S. Those guys are savages.