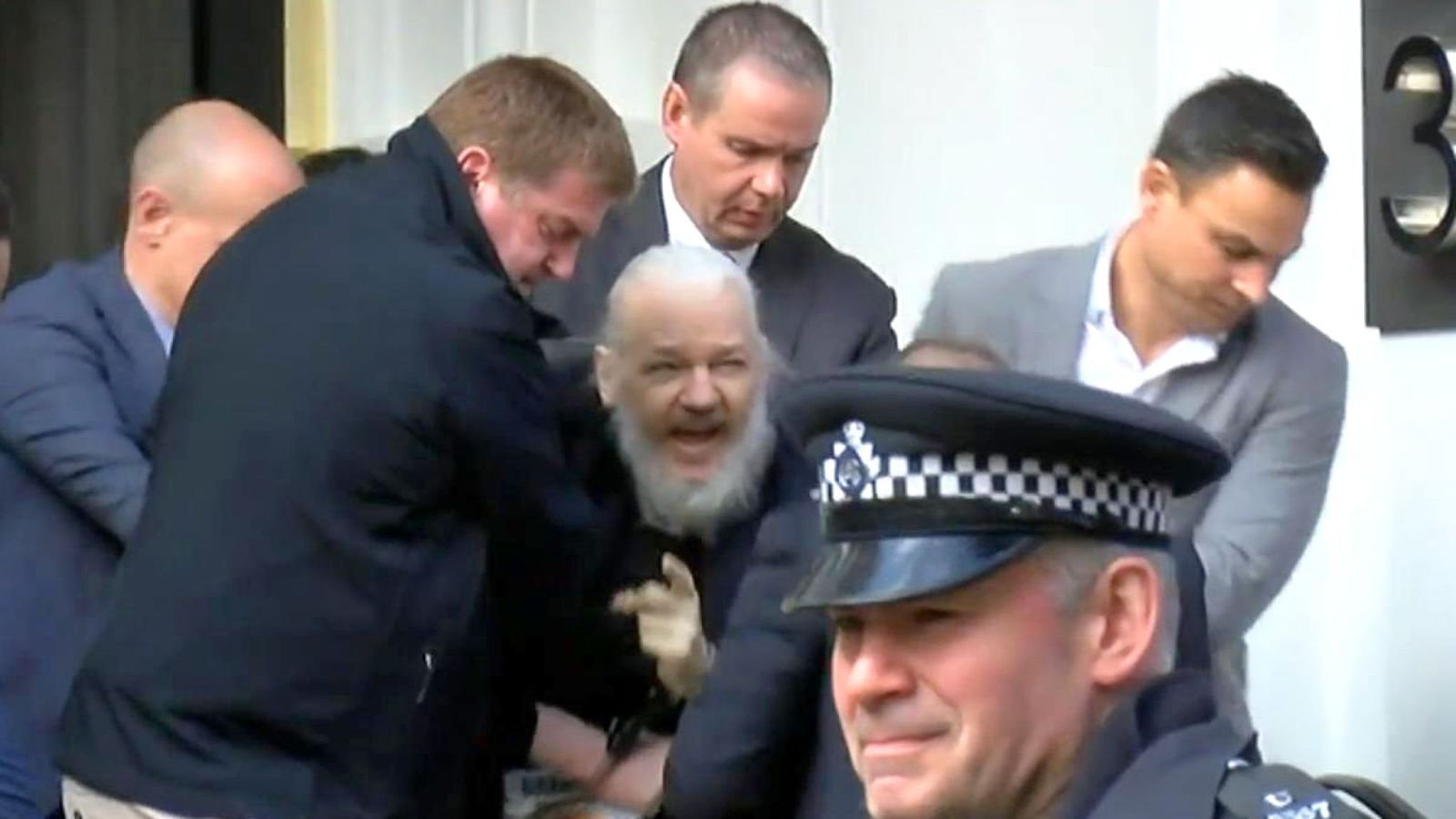 It’s hard to believe that Julian Assange has been living in the Ecuadorian Embassy in London for the past seven years, but that’s exactly where the WikiLeaks founder has been cooped up as he was terrified of being arrested and possibly sentenced to death if he stepped outside of it.

His stay finally came to an abrupt end today though after Ecuador decided to withdraw Julian Assange’s asylum status, citing international convention violations. They said he had been ‘discourteous’ and ‘aggressive’ to the point where his asylum was ‘unsustainable.’

So the British police just marched on in and dragged him out of there and you can see the footage of that below:

Incredible vision of Julian Assange being dragged away from embassy. pic.twitter.com/XqIHMMso2h

That’s actually kinda terrifying in the way that they’ve just picked him up and whacked him in the police van. It’s made even more so by the fact that Assange looked like he’s spent seven years in Tibet rather than the Ecuadorian Embassy and kinda comes across like a deranged lunatic with his rantings as he’s forced away. Really scary stuff.

Ecuador President Moreno is saying that he received a UK guarantee that Assange would not be extradited to a country where he could face the death penalty. He’s due to appear in the UK courts ‘very soon’ on a charge of failing to surrender to the British courts in June 2012. After that literally anything could happen to him. Stay tuned.

For more of the same, check out some police brutality in the Ukraine. Grim.