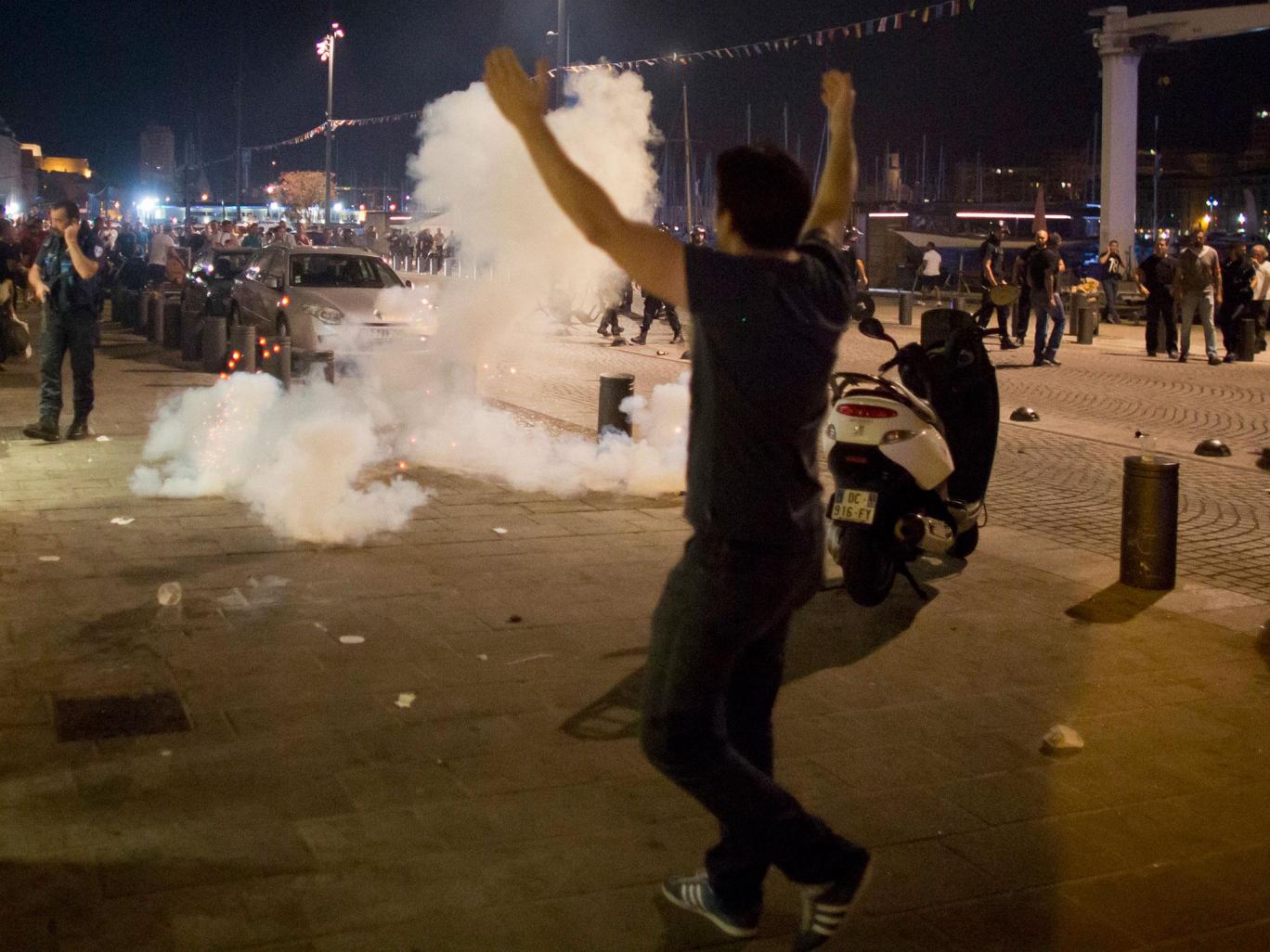 Before it turned sour.

French police had to pull out the tear gas last night after a massive fight broke out between English football hooligans and French locals on the streets of Marseille.

The riots erupted at around midnight last night in the Old Port area where literally hundreds of rowdy English football fans had spent the Thursday boozing. It went pretty sour after a bunch of French locals rocked up to where the England supporters had gathered outside the Queen Victoria pub (obviously) as well as the next door Irish bar in order to get geared up for the first England group game of Euro 2016 against Russia tomorrow.

Sick Chirpse managed to catch a glimpse of the day time festivities, before it all kicked off:

The fighting started between the fans and a group of French hooligans known as the Marseille ‘ultras.’ An England fan from London, Chris Lord, said:

This was a really nasty attack. The gang knew exactly where we were, and clearly wanted to hurt us.

However, other witnesses are telling a totally different story. Apparently the English hooligans had started it all off by targeting a Muslim Arab, and the fight was sparked after the gang were on the waterfront singing anti-IRA songs and chanting “ISIS, ISIS, where are you?” Why the fuck were they getting ISIS and the IRA involved in the run up to a Russia vs. England match set in France? I understand that reports were warning of a possible terrorist attack in the country, but chanting ‘ISIS where are ya?’ at people passing by is completely dumb and irrelevant. Fucking football hooligans.

What with all the volatility between the English and the locals, the atmosphere soon turned violent before a bunch of riot police showed up with machine guns and dogs to contain the fighting.

Apparently things got so bad that one English guy, who was hit on the head with a chair, was seen lying on the pavement covered in blood. Others were lobbing missiles and throwing punches and kicks. So far two English fans have been arrested and Laurent Nunez, police chief of Bouches-du-Rhône county, is super pissed about the riots and has said that anymore behaviour like this will end in serious exemplary punishment.

England fans living up to their reputation as always. For more on mindless football fans, check out this mental video of a bunch of hooligans destroying a restaurant.