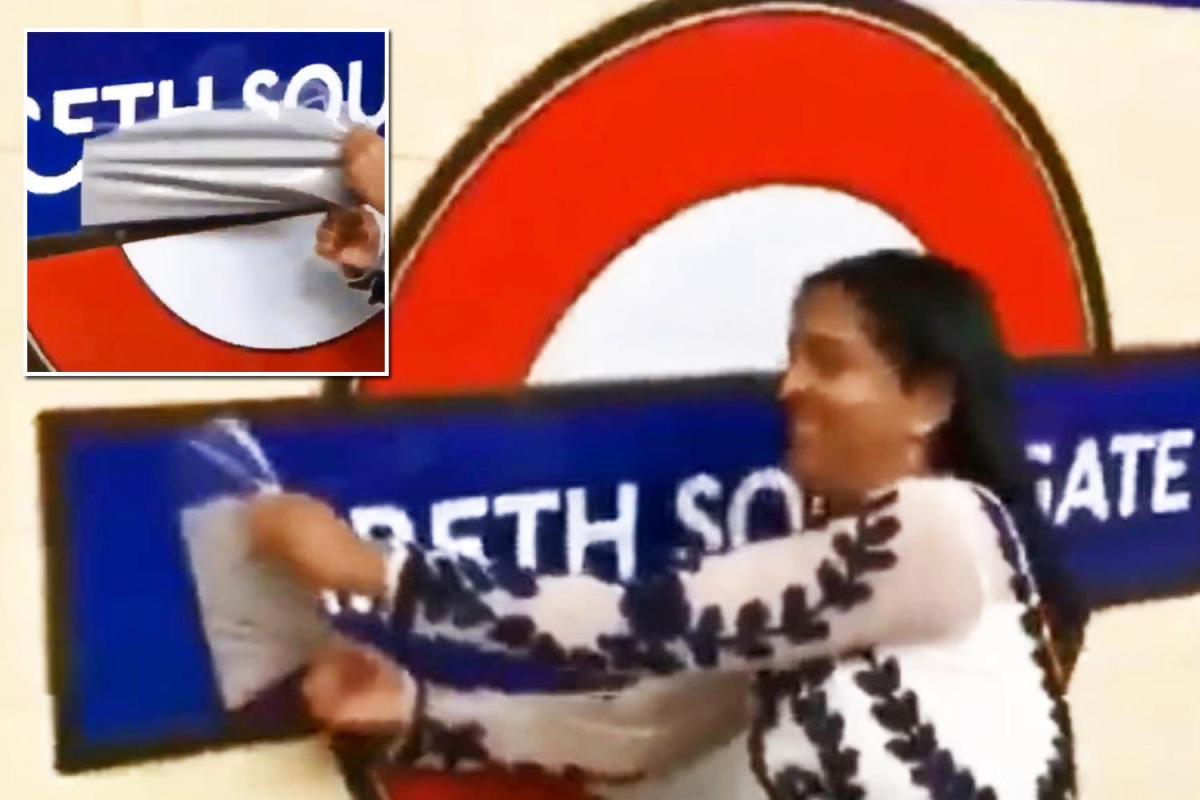 Why would you do this?

You probably saw that the Southgate tube station was renamed the Gareth Southgate tube station in honour of England manager Southgate and his team’s achievements at this year’s World Cup on Monday for 48 hours, but it seems like someone wasn’t happy about that as the following clip has been doing the rounds online of someone ripping his name off of the sign to expose the original sign.

The woman hasn’t yet been identified but it’s understood that she wasn’t ripping down the sign as part of the planned removal of it last night and was doing so without TFL’s knowledge. Here’s what they had to say about the incident:

This was not a TfL member of staff and TfL did not grant permission for this to happen. The signs were due to be taken down overnight last night as the activity was only due to take place on Monday and Tuesday.

Thousands of people visited the station in the last 48 hours to take selfies and celebrate the achievements of the England men’s football team this summer.

Damn girl. I’m not particularly nationalistic but I’ve gotta say this does seem like a bit of a disrespectful action from whoever this woman is. That’s nothing compared to what she’s getting on Twitter though, with people calling her racist and threatening to kill her for her actions.

Whilst that sounds a bit harsh, I can’t say I’m surprised about it – people were really patriotic and got really into the World Cup this year. Did she think putting a video like that on the internet was going to go down well and that she wouldn’t get completely destroyed about it? Idiotic to think otherwise really – although I obviously hope she doesn’t end up getting killed or anything because of it. That would be even stupider.

For more of the same, check out this restaurant owner giving the dumbest excuse for his ‘Muslims Get Out’ sign. Seriously.