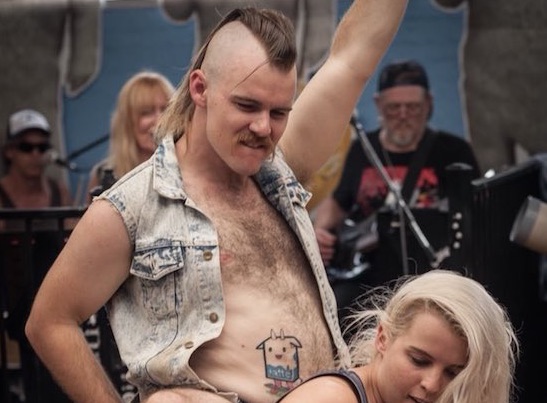 ‘It’s not a hairstyle, it’s a lifestyle.’

The mullet is undoubtedly one of the dumbest/greatest hairstyles of all time, so it’s kind of surprising that a festival celebrating it hasn’t existed up until very recently.

The first annual Australian Mullet Festival took place in the town of Kurri Kurri in the Hunter region of NSW, Australia on February 24th and from the footage below looks like it was a hell of an event. The town claims that they originally invented the hairstyle which is why they decided to set up the festival, which included a vote on the best mullet.

Yeah I don’t think I’ve ever seen so many idiots in one place. What a great idea for a festival, I doubt I’m ever going to attend because Australia is a long way away, but hopefully it will go international and I can check something out like it over here. I can but hope because that would be one hell of a day out.

For more mullets, check out this guy who apparently has the greatest one of all time. Wonder how he fared at the festival?