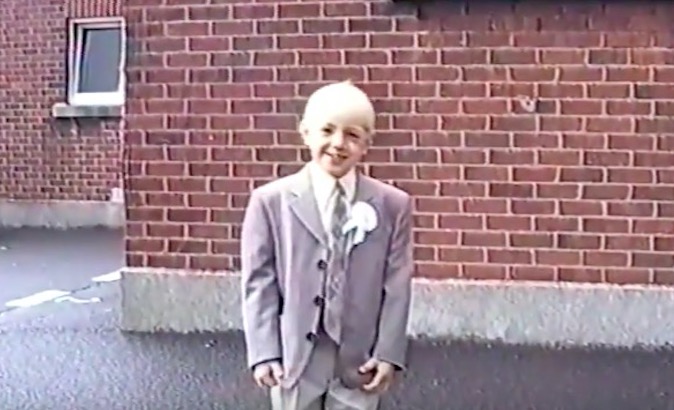 Proof that even the baddest men on the planet were once little cherubic angels like the rest of us.

Conor McGregor is undeniably one of the most badass fighters on the planet, even if he couldn’t manage to outbox Floyd Mayweather a few weeks ago, so it’s funny to imagine him as a stupid little kid dancing an Irish jig because normally when you think of him you think of one of the hardest guys in the world.

We no longer need to picture what it was like for Conor growing up though as you can see below that there’s now a video of him dancing a little Irish jig as a seven-year-old in an oversized suit. The video is from way back in 1996 and was probably filmed on some huge clunky camcorder, so it must have been a special occasion as those things only made the cut when something big was going down:

Lol what a cute little kid. Proof that even the baddest men on the planet were once little cherubic angels like the rest of us.

For more on the past of Conor McGregor, check out his first ever fight right here. He was still an animal back then too.