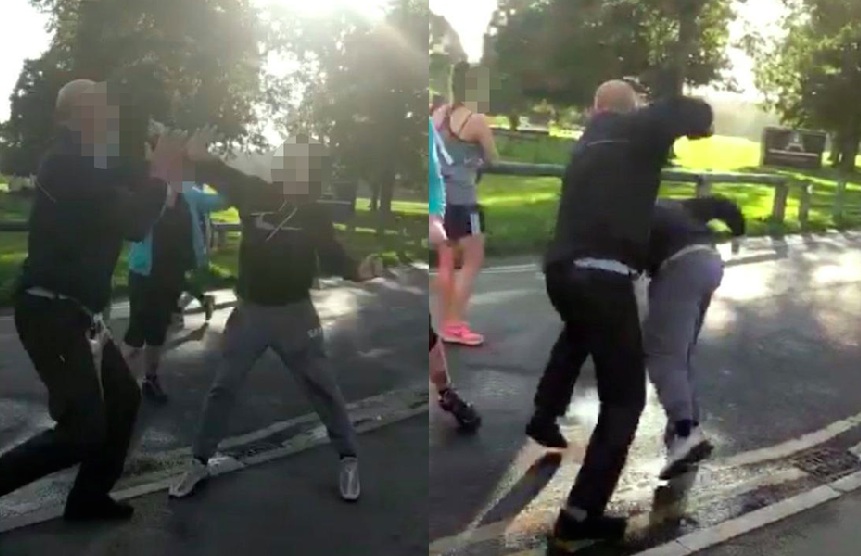 A shocking video emerged online this week showing the moment an Asian taxi driver was called all sorts of racial slurs by a 14-year-old kid.

50-year-old Jangeer Ahmed suffered a barrage of abuse, including being called a ‘dirty f***ing p***’ and “black c***’ from the boy after parking to visit a nearby gym. Absolutely disgusting behaviour.

In the video the taxi driver squares up to the kid, throwing a few punches in response to being sworn and spat at by him. The incident unfolded in Witton Park, Blackburn, in Lancashire last Thursday. Two joggers try to stop the fight, but they are pushed out the way by the teenager. Meanwhile, others try to defend to the kid by shouting “he’s 14”. Yeah, but that’s still old enough to realise that his behaviour is completely disgusting and racist and pretty much warrants a prison sentence. Little dickhead.

Ahmed added that there were about 10 teenagers at the start of the attack, but they disappeared before several of them returned to give him abuse. It’s just a disgusting example of the attitude towards racial minorities in the UK, and as we all know this isn’t just happening in this country either. It’s even more extreme in America right now thanks to Donald Trump and his hate campaign.

Without wanting to sound like too much of a hippy, can everyone just chill out, smoke a fatty and realise that country borders are all just an illusion and we were all simply born out of chance on this massive spherical rock. Quit the hating guys, it’s pointless.