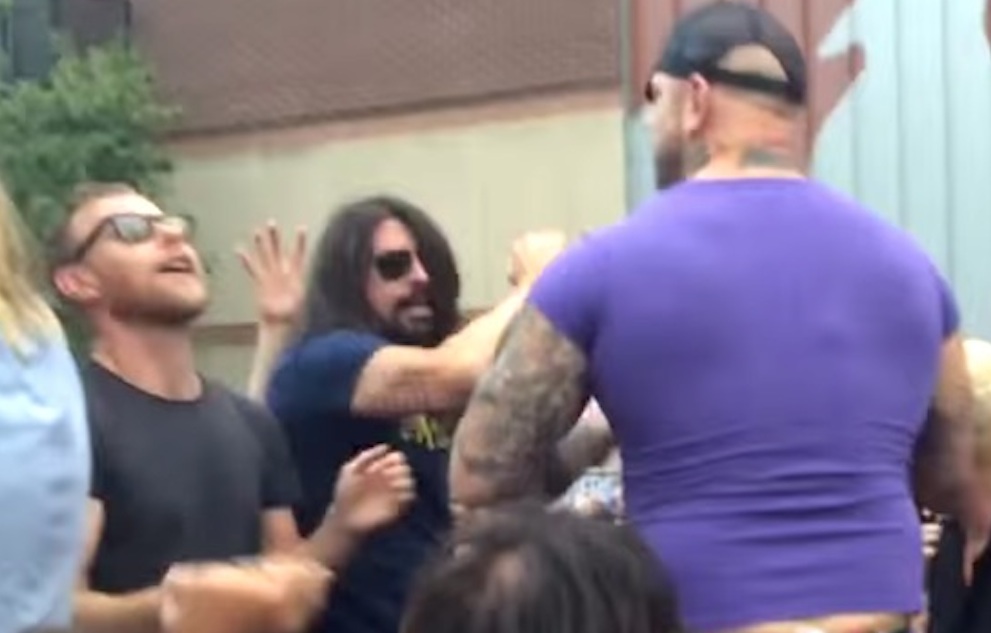 There goes my hero, watch him as he trolls.

As far as ridiculous and awful organisations go, there aren’t many worse than the Westboro Baptist Church. As a direct contrast to that, there aren’t many more universally well liked people than Dave Grohl and the Foo Fighters, so it makes perfect sense that when the WBC tried to mess with the Foos that they got completely and utterly taken down.

For some reason, the WBC decided to picket and protest against the Foo Fighters concert in Kansas City over the weekend. In retaliation, Dave Grohl and the rest of the band drove past them in a ute blasting out ‘Never Gonna Give You Up’ out of the speakers and holding up signs saying ‘You Got Rick Rolled’. Perfect.

Although that doesn’t really achieve anything, it sure does make the Westboro Baptist Church look completely stupid and undermines their message, which can only be a good thing. It’s the second time that Dave Grohl has staged a counter protest against them when they’ve tried to protest at one of his shows, so long may it continue.

If you’re unconvinced about how awesome Dave Grohl is, then check out another 25 reasons why he’s the man.