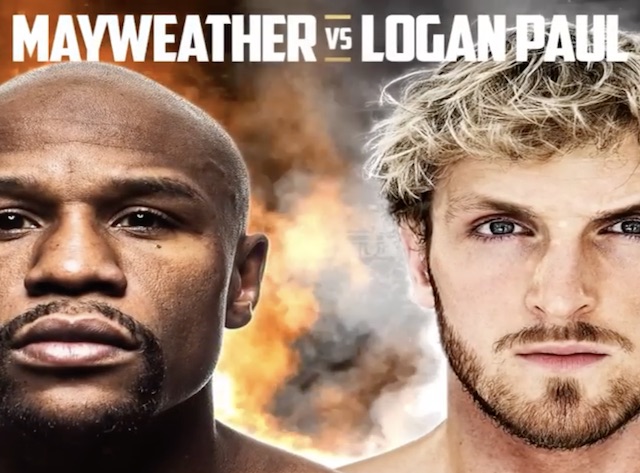 With all the hullabaloo surrounding the Ben Askren boxing match with Jake Paul, I had almost straight up forgotten that his brother Logan was set to fight Floyd Mayweather earlier this year but it had been pushed back to allow fans to attend or something, so I was kinda surprised to hear that it was all sorted out for June 5th now.

What’s more surprising about it all though is that some ‘special rules’ have been employed which are going to allow Logan Paul to weight 30lbs more than Mayweather in the fight. This is absolutely insane when you think about it because boxing and all combat sports have very specific weight classes that ensure opponents don’t have too much of an advantage over one another in terms of speed and strength.

Yeah, I’m not mad into boxing so I’m not really sure what the advantage of those special rules are, other than to think that it means Logan doesn’t have to cut as much weight and that it might seem like he has an advantage over Mayweather? The thing is that it’s an exhibition fight anyway so if that Mike Tyson one from last year is anything to go by they won’t be able to knock each other out and they won’t even announce a winner, so it’s not even that big a deal anyway?

I’m sure that won’t stop everyone tuning in to it though, right? Just think of the memes hey?

For more of the same, check out when Logan Paul almost died because his parachute failed to open. Whoops.