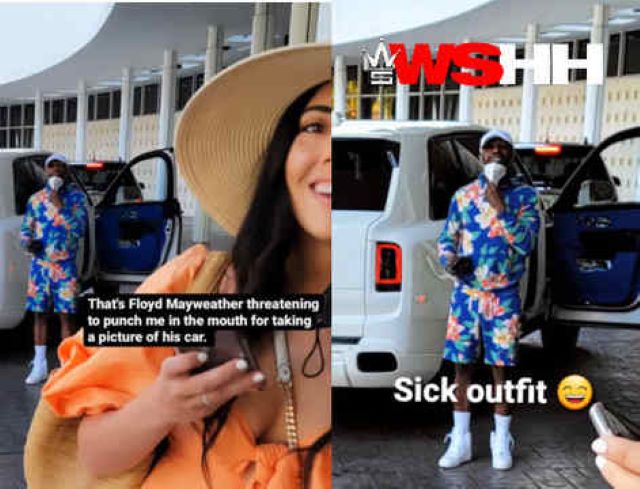 I guess he caught him on a bad day.

Why would the notoriously flashy Floyd Mayweather have a problem with someone taking a picture of his sick new car? I don’t know, but apparently he was ready to knock a man out over it at the Fountain Blue Hotel in Miami this week.

The would-be victim shared footage of the incident along with a commentary of what went down:

Lol – great story but I think he’s trying to act less terrified than he really was considering he’s talking all that shit while driving away from the scene. I mean there’s no way he would have called Floyd Mayweather ‘Gary Coleman’ to his face, is there? Although like he says it would be kinda cool receiving a million dollar punch from Floyd Mayweather just for the story (and payout) that would come with it. Maybe next time.