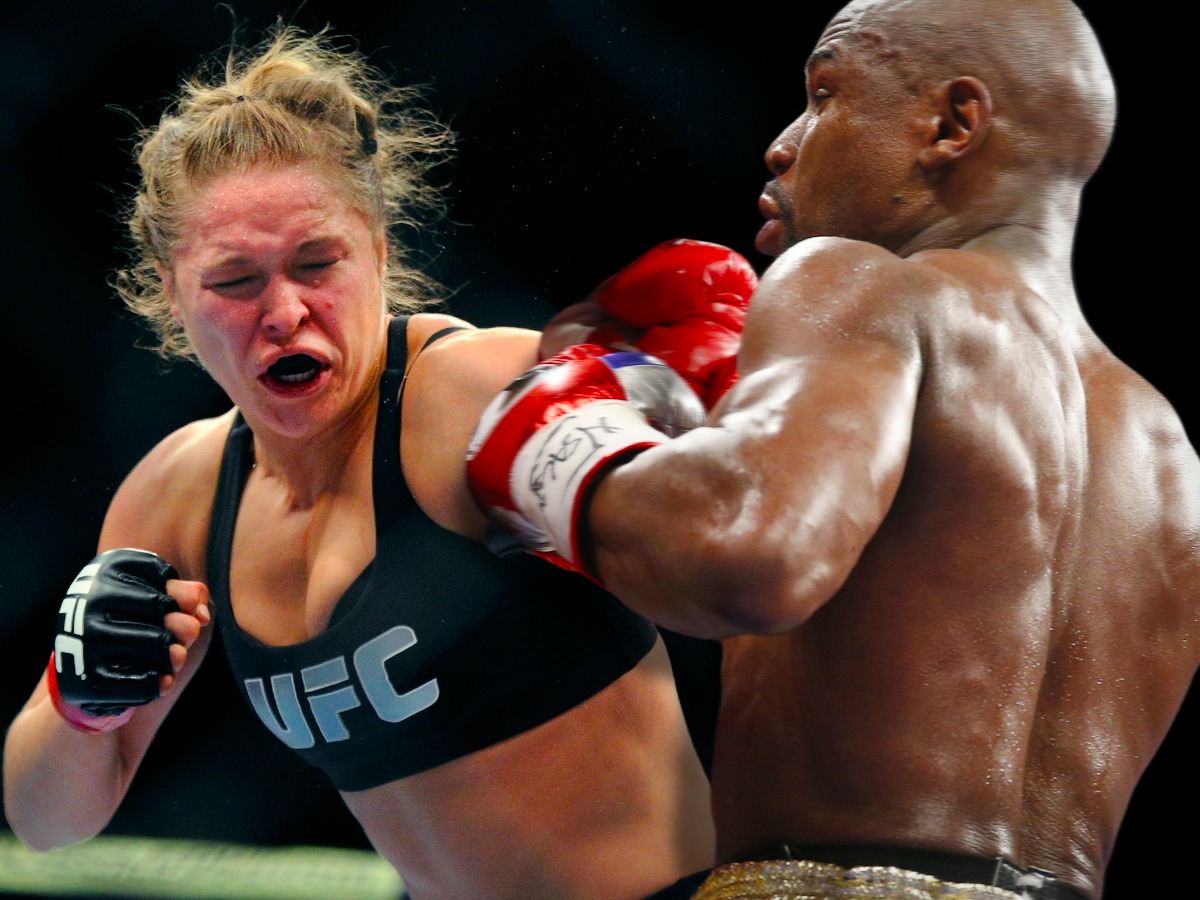 As MMA continues to become more and more popular, people are always egging out Floyd Mayweather to get his opinion on their fighters, despite the fact that he’s a retired boxer.

Floyd is engaged in a rivalry with Conor McGregor as he’s currently winning and beating the shit out of everyone in UFC, but it wasn’t so long ago that he was involved in a rivalry with Ronda Rousey when she was undefeated and kicking ass left right and centre in the women’s bantamweight division. Of course, those days are long gone following her brutal recent losses to both Holly Holm and Amanda Nunes. But instead of kicking her whilst she’s down and being a complete dick like he’s entitled to be given the shit that Rousey said to him in the past, Floyd is being surprisingly humble and – dare I say it – nice about it all.

In a recent interview he offered Ronda the following advice about where her career should go from here:

Wow. Can’t believe he’s being so nice about all that considering how much of an asshole he usually is. Nice line about God only making one thing perfect and that being his boxing record.

Gotta (kinda) love that he clearly has no clue about anyone else in MMA though as he doesn’t even know the name of Amanda Nunes, and just refers to “female MMA fighters” all the time. Maybe he really doesn’t give a fuck about MMA and everyone should stop bothering him about it huh?

For more Floyd Mayweather, check out who he just agreed to coach in a celebrity boxing match. It’s gonna be stupid.