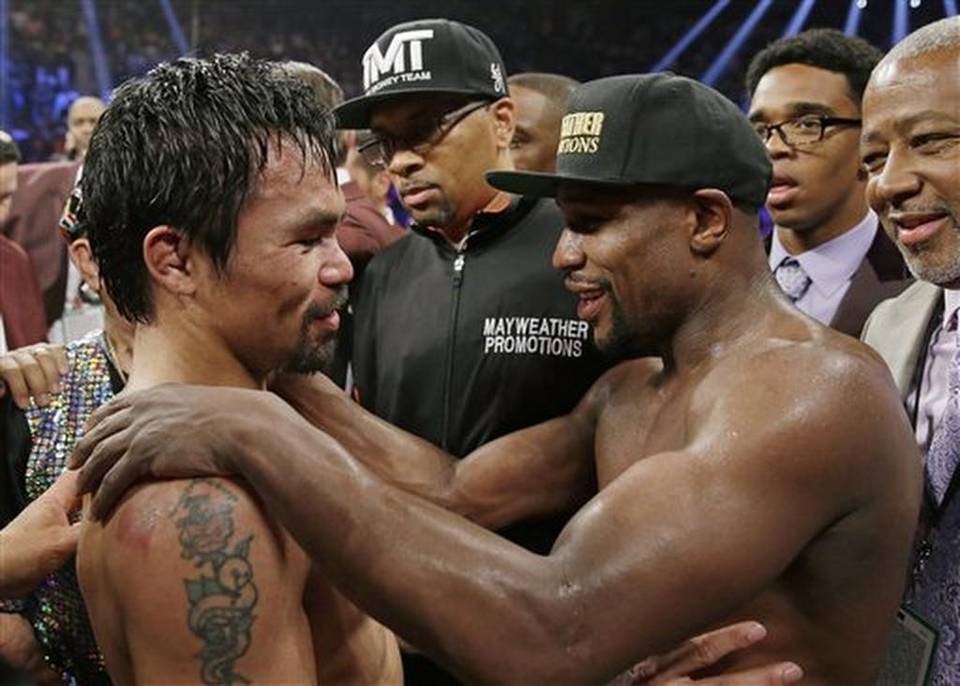 Looks like that ‘no rematch’ clause wasn’t worth the paper it was written on, because Floyd Mayweather has just realised he can beat Manny Pacquiao so will gladly give him another shot at the belts next year so he can make a few more hundred million to dodge a few punches for 12 rounds:

You have to assume all the stories about Manny’s shoulder not being 100% will play into this too. Everyone’s asking what would have happened if Manny was completely healthy and I guess in a year or so we’re all going to pay another ridiculous PPV price tag to find out. We’re all suckers for a big boxing build up and both Mayweather and Pacquiao know it…

Look at these two. They must be secret business partners just running a massive scam on all of us. You’d never catch Iron Mike hugging and cracking jokes with his opponents before the fight/between rounds/after the fight like these guys. You’d never have seen ANYONE in boxing do that in the eras gone by yet here are these two rubbing it in our faces and taking all our money in the process.

You can read our rundown of Saturday night’s fight HERE.