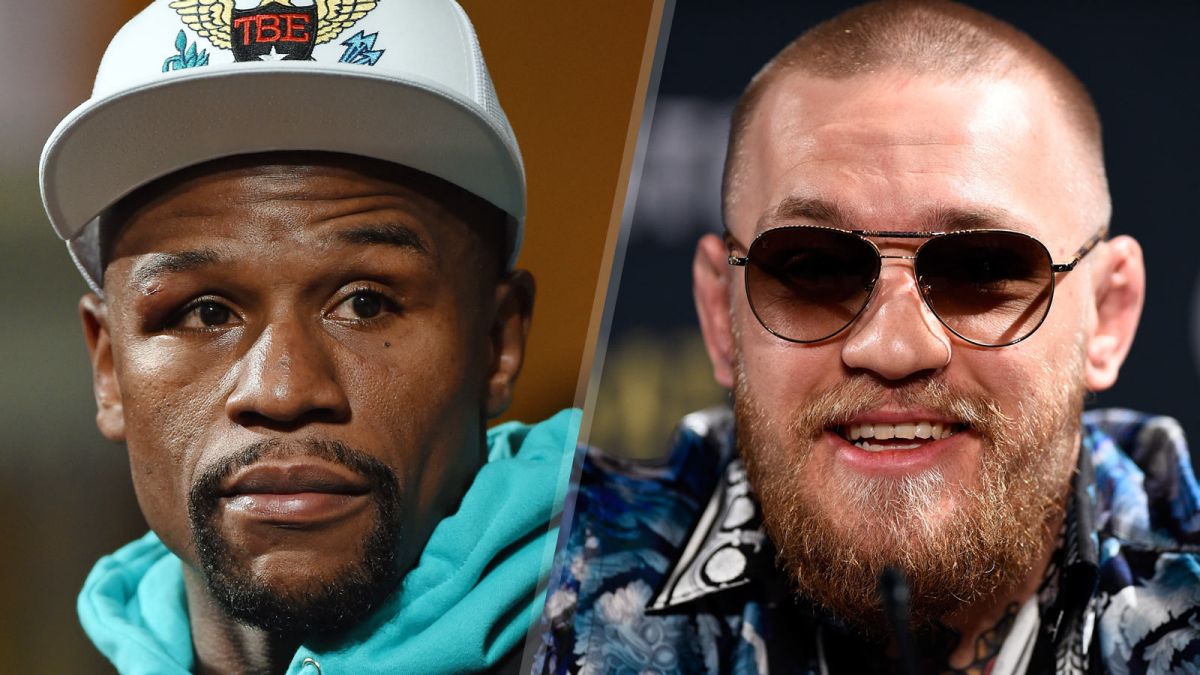 On Saturday night, Conor McGregor cut through all the bullshit and actually outlined detailed plans for eventually meeting Floyd Mayweather in a boxing ring, which has actually led to people thinking that the fight might one day happen.

Of course, it was never going to happen unless Floyd Mayweather wanted it to happen, and now it seems like he’s on board too. He was ringside for the Leo Santa Cruz versus Carl Frampton fight in Las Vegas and was asked by a Showtime announcer what he thought about McGregor’s comments. Here’s a video of the exchange, as well as a transcript below:

I believe the fight can happen.

Conor McGregor, he’s a tough competitor. He’s proved throughout the years in the UFC that he can fight standing up.

So we’ll just have to see what the future holds… can we make this fight happen? Absolutely. That’s what everyone wants to see.

And of course Showtime is the biggest and the best in the business, so hopefully Showtime pay-per-view, we can make it happen.

Cool sucking up to Showtime there champ. In all seriousness though, both of them seem pretty dedicated to actually making this fight happen and I’m pretty sure everyone in the world wants to see it happen too, so why the hell not? Get ready for a crazy end of the year/start of 2018?

For more on McGregor and Mayweather, check out this compilation of all their trash talk. They both talk a good game and they can both back it up in the ring. Just make it happen already.