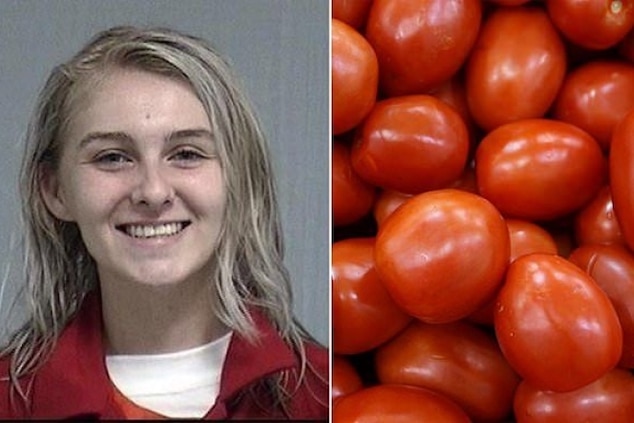 Did the tomatoes contain meth?

We’re not ones to advocate violence, but sometimes you can only push a 19-year-old woman from Florida so far before she snaps.

As per the Daily Mail, Florida teen Katie Jade Gates became ‘incensed’ when she was denied additional tomatoes during dinner at her family home in Callahan earlier this month.

Katie’s grandma told police that the teen “began to throw a fit because she couldn’t have more tomatoes at the dinner table.” She threw a bottle of water at her granddad and a packet of cigarettes at her grandma.

When her granddad told her to calm down, Katie grabbed a knife and began threatening him with it. According to the Nassau County Sheriff’s Office report, she told her granddad:

Motherfucker, I’ll stab you in your fucking face.

She then chased her granddad around the house with the knife and poked it towards his face.

During questioning, Katie admitted hitting her grandma in the face with a cigarette pack. She also acknowledged picking up a knife and approaching her grandfather but denied “attempting to strike him with the knife in her hand during the argument.” Maybe she just wanted to slice more tomatoes with it? 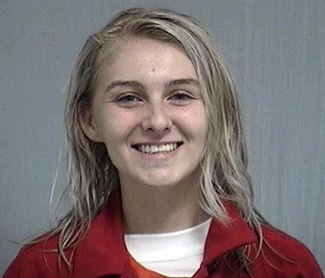 The best part about this of course is how happy Katie looks in her mugshot after assaulting her grandparents over an unsatisfactory helping of tomatoes.

I mean grandparents are always telling you to eat your vegetables so I’m not too sure what the problem was here really. Did the tomatoes have meth in them? Did they run out of tomatoes? Just a hilariously dumb reason to get into a fight and wind up being arrested over. Florida gonna Florida I guess.

For the woman who found a ‘foetus’ in her Aldi tomato soup, click HERE (NSFL).