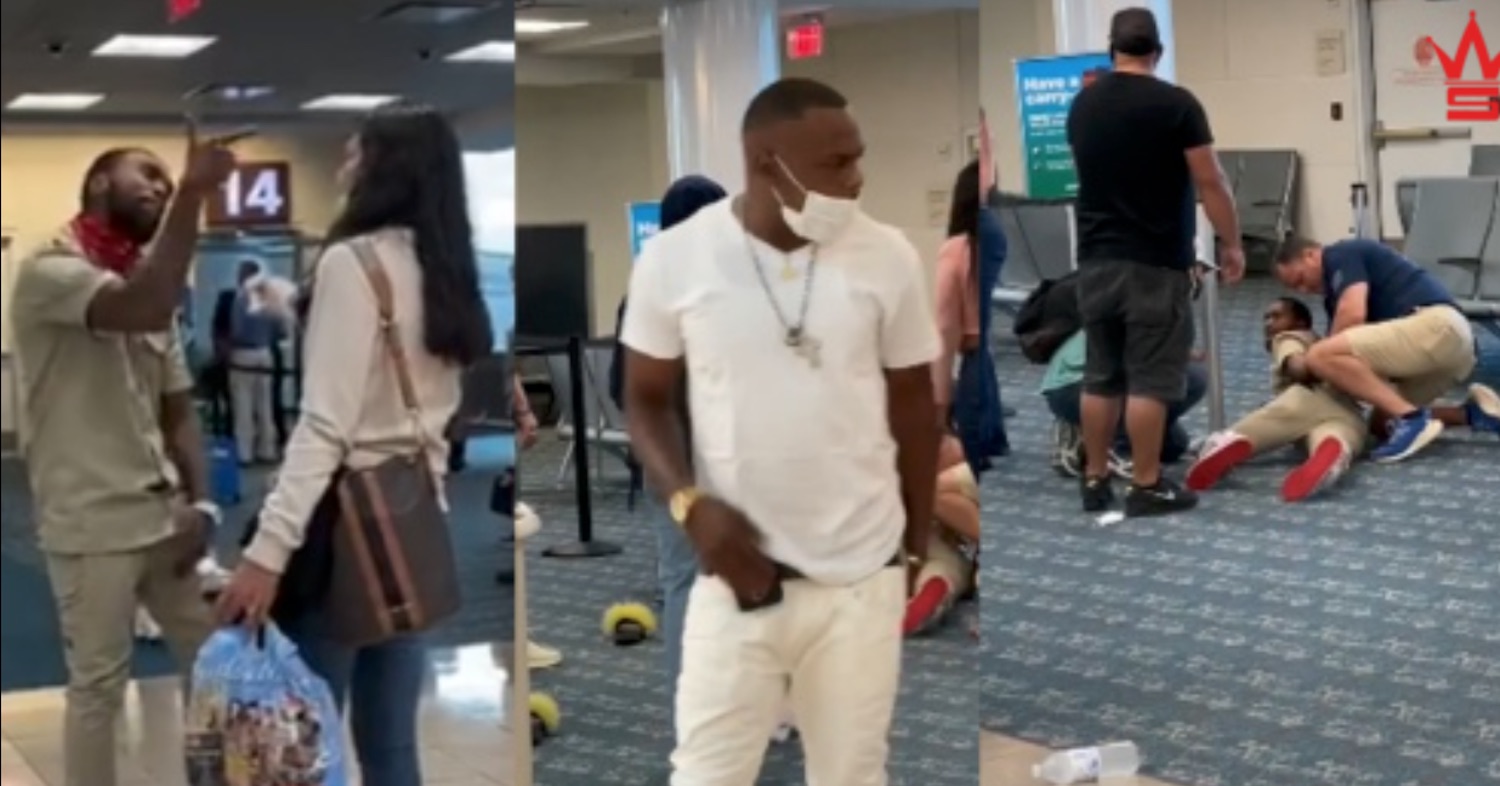 The video below is absolutely crazy and features pretty much a full on brawl at an airport in Florida after a flight attendant tried to charge a guy for taking his carry on luggage onto his flight.

The argument that ensued between the flight attendant and the dude was so intense that it actually caused the guy to miss his flight and then he absolutely snapped, knocking out the female flight attendant he’s talking to and then starting a massive fight with everyone else standing around watching evens unfold as well. Really is one of the maddest videos I think we’ve featured in some time.

Here’s the description provided by the person who filmed the video:

Frontier Airline in Florida tried charging the man in red bandana for his suitcase which he missed his flight cause of that.

He got so upset that he knocked out the female attendant.

After people tried aiding the female, he went crazy on the crowd.. His wife and him fought another couple and security had to hold him down.

You will see the medics try to help the lady who got knocked out at the end of the footage.

They are both in jail.

Again, I struggle to see how people can get so worked up about something that they’re randomly attacking people in the queue to get on the airplane, but it seems like this is something that’s happening more and more these days. Weird thing is it wasn’t even about masks this time.

Thinking about it, I can appreciate that it is really annoying when an airline tells you that you have to check your bag and charges you when you’re already at the gate and have passed security, but I don’t think that kicking off about it in this way is going to achieve anything except maybe a jail sentence. Just suck it up and pay the twenty bucks or whatever, geez.

For more of the same, check out these two French rappers brawling in an airport. That was something else as well.