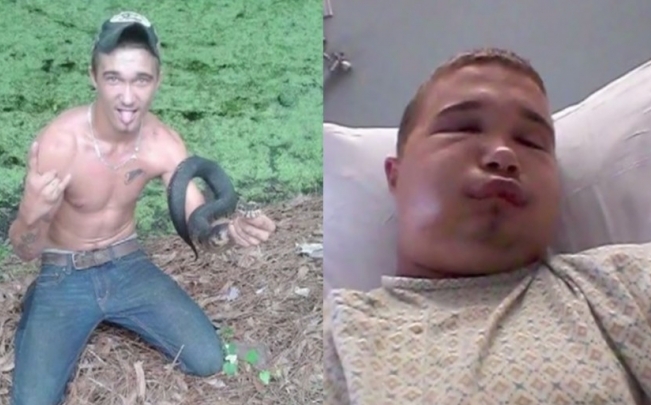 It’s ridiculous how many of these bonkers stories come out of Florida, but here’s another one you can add to the list — 18 year old Austin Hatfield hospitalising himself after trying to French kiss a cottonmouth snake.

Austin’s friends say he captured the snake from his girlfriend’s garden days earlier and was keeping it in a pillow case until he decided what to do with it. The best idea he could come up with was to kiss it on the mouth, but it looks like the snake didn’t really fancy him so tried to bite his face off instead. His mate said:

He ripped it off his face, threw it on the ground and he started swelling up immediately. It was pretty frightening. 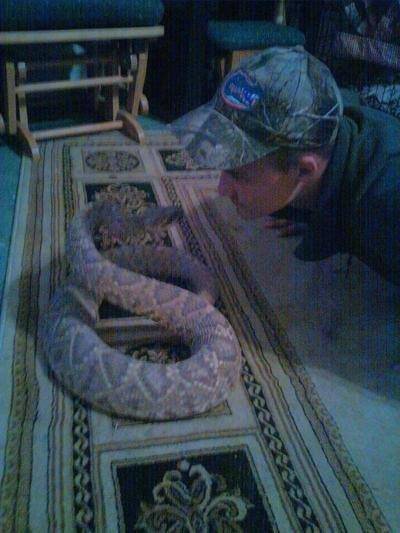 Austin was in Tampa General Hospital in critical condition for a while, but he’s now expected to recover and misses out on his chance to be a part of our Darwin Awards series. Although someone that stupid should probably be inducted anyway as a special case even though he survived.

He’s lucky his face didn’t end up like Bear Grylls’s producers foot after he got bitten by a venomous snake (NSFL).