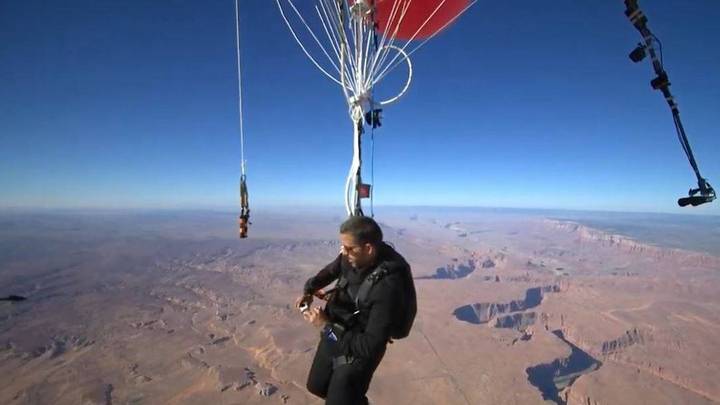 Flat Earthers have been unusually quiet during the global pandemic – I guess that’s something that we should be thankful to Coronavirus about? – but they’ve been back in full force this week after we heard a dumb story about a pair of them getting lost at sea off the coast of Italy and now they’re hijacking David Blaine’s dumb balloon stunt to try and further their agenda.

In case you didn’t know, David Blaine flew to a height of 24,000 feet yesterday attached to a bunch of helium balloons and it was pretty uninspiring to be honest, but I guess a bunch of Flat Earthers tuned in because now they’re saying that the live stream of the event from a camera attached to Blaine’s head proved that the Earth was flat because there was no curve to it. Here are a few of the best comments: 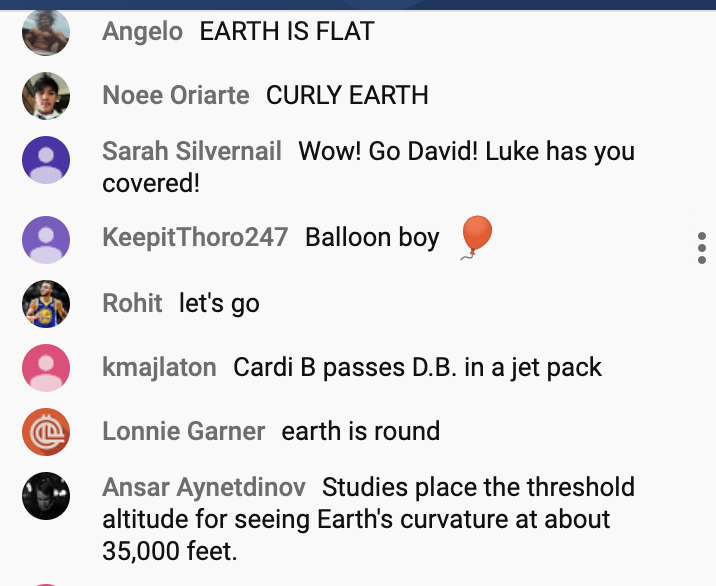 Losers. The weirdest thing about it though is that there are a whole bunch of screenshots and views from his live stream that clearly show the curve of the Earth and will disprove anything that these Flat Earthers are saying:

Lol. How the hell are these guys still arguing about this when the evidence is right in front of their faces and clearly showing that there’s a curve? The mind boggles.

I guess they can argue that it’s a conspiracy or computer graphics or something but I find it legitimately insane that they can be arguing that the video proves their theories then when it starts to disprove them they just go quiet or call shenanigans on it or whatever. Seems like ignoring solid facts is all part of being a Flat Earther though so we probably shouldn’t be too surprised.

For more of the same, check out this Flat Earther revealing why nobody has ever fallen off the edge of the world. Thanks for that dude.