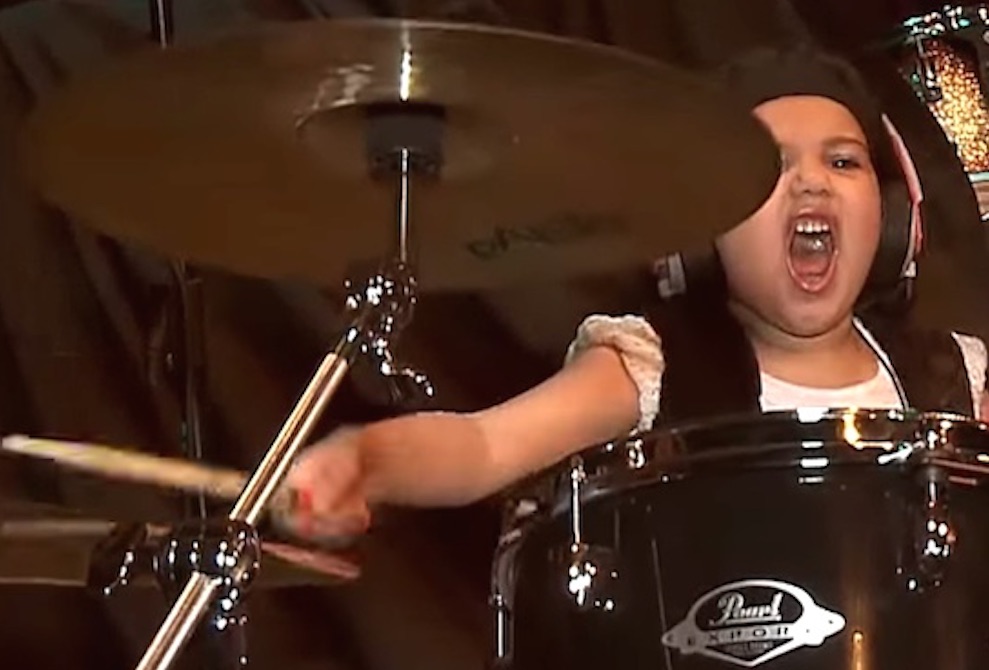 I’d like to see a pro drummer pull off a better cover than this.

If you know anything about music or drums, then you probably know that System Of A Down’s drummer John Dolmayan is a very, very good drummer. He has a ridiculous set up and does some crazy innovative drumming and is rightly regarded as one of the best drummers plying his trade today, which is all the more impressive when you consider how crazy and weird System Of A Down’s music is in the first place.

That’s why this video is so impressive, because I bet that some people that had been drumming for years wouldn’t be able to pull off a cover as good as this. It’s of a five year old girl named Eduarda Henklein who’s performing a drum cover of what is probably System Of A Down’s most iconic song Chop Suey. She absolutely smashes it.

Wow. I’d like to see half the drummers playing down as your local bar on a Friday night pull off anything close to resembling how good that was. It’s probably not going to be too long until we see this girl in her own nu metal band  – just needs to be old enough to be allowed into the venue now.

Maybe she could start a band with the 6 year old girl who sang a death metal song on America’s Got Talent that one time.