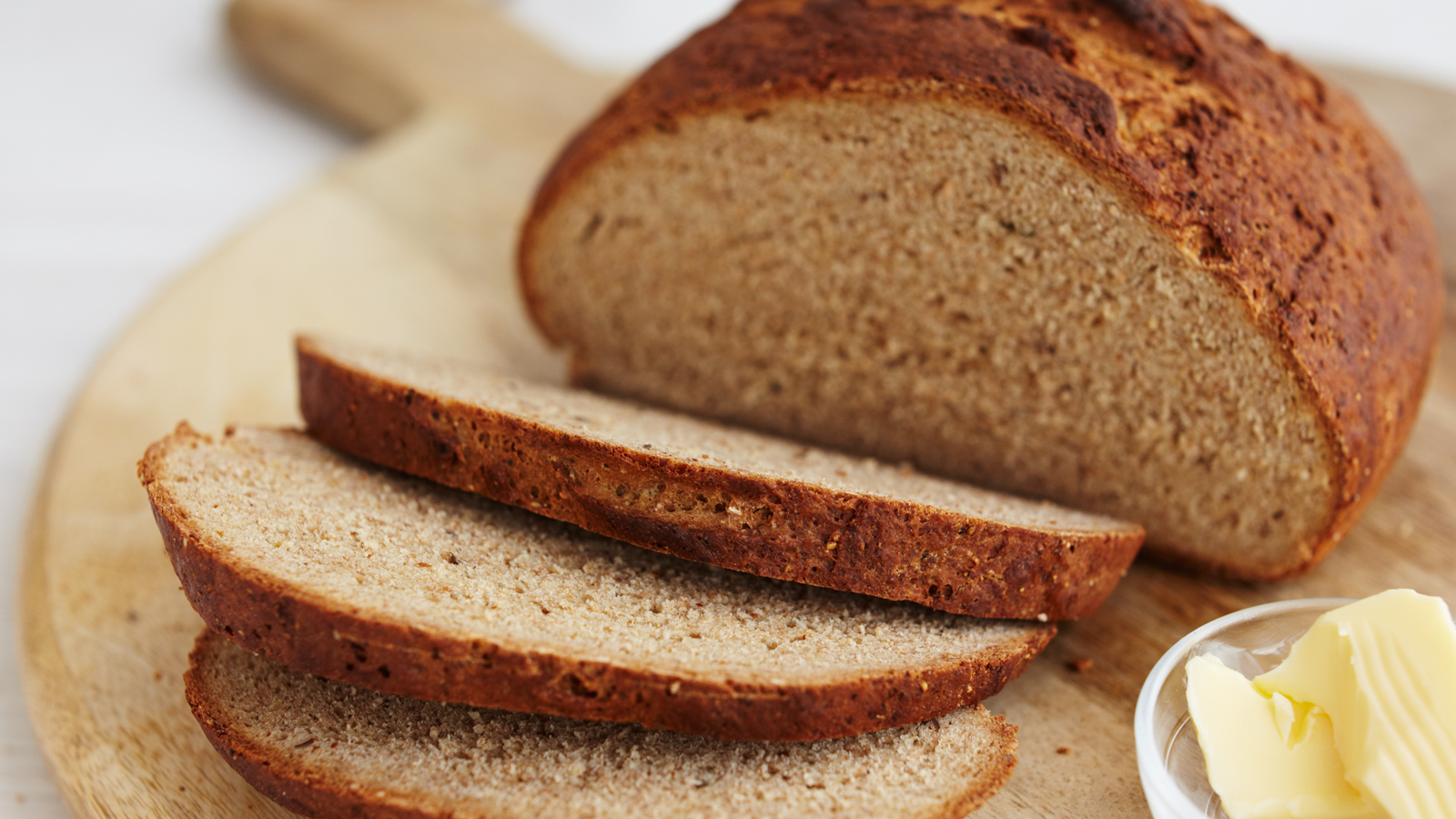 It’s long been thought that if you want to lose a few pounds, then cutting bread out of your diet is a good place to start, but it turns out we’ve got it all wrong. Kinda.

This new Instagram post from The Fitness Chef Graeme Tomlinson explains why it’s not actually the bread that’s making us fat, but more everything else that we’re whacking on top of our loaves when we consume them. Have a read:

When trying to reduce or maintain body weight, many continue to assume that bread must be abolished from their diet. ⁣ ⁣ In terms of energy, there is no difference between white or brown bread. And whilst the latter contains more fibre [which may increase satiety], one would be better placed to evaluate total ingredients consumed with bread in order to determine a more holistic perspective. Not least because bread is rarely consumed alone. ⁣ ⁣ These additional ingredients equate to additional calories. In this example, smearing on a few of generous knifes of peanut butter and jam (components of a ‘hearty’ PB & jelly sandwich) more than quadruples the total calorie content of the consumed food. Consequently, all of a sudden the debate is not about consumption of bread in the first instance, or it’s colour in the second. ⁣ ⁣ Adding an often invisible 10g of butter to a warm slice of bread will result in the calorie value of the ‘bread’ increasing from 95 calories to 169. Thus, though it’s visibility is dormant, it is the butter that nearly doubles the calorie value of what we often perceive as the consequence of ‘eating bread’. ⁣ ⁣ Standing alone, bread is merely one calorie variable. Using the examples shown in my graphic, there can be multiple additional calorie variables. The quantity of additional variables will influence the overall calorie value of that eating episode. Bread may not be the problem after all. ⁣ ⁣ This principle can be applied to one’s rationale when assessing and addressing their overall diet. In doing so, one can move away from unwarranted demonisation of a food which can be utilized as energy like any other. ⁣ ⁣ Of course, one may over consume bread. But unless their diet comprises of only bread, this is a mere contribution to a bigger sequence of variables. ⁣ ⁣ To catastrophize bread as a nutritional problem is to catastrophize a minuscule variable out of many. A calorie surplus over time results in weight gain, not bread. 🙂⁣ -⁣ -⁣ #portioncontrol #bread #toast #snacks #peanutbutter #jam #carbs #snackfood #fatlosstips #fatlosshelp #caloriecontrol #losefat #caloriesincaloriesout #losingfat

I mean this is KIND OF obvious, but I suppose some people might think that it was just the bread that was causing you to bloat out and be fat.

Having said that though, who is going to be eating bread without any kind of spread/topping on it? I think you’re kinda missing the point there if that’s how you’re choosing to consume bread to be honest. Back to the drawing board.

For more of the same, check out this restaurant that makes sandwich out of pickles rather than bread. Weird.