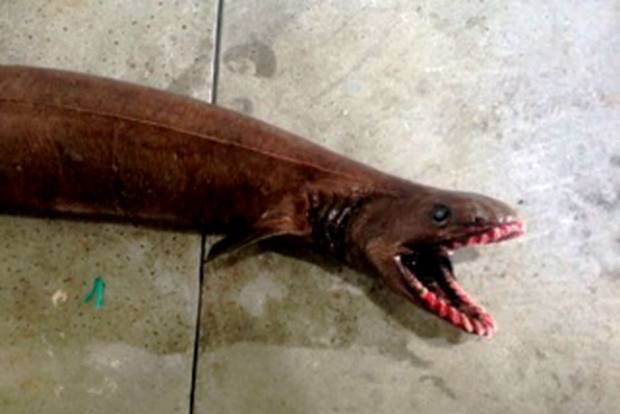 It’s always awesome to see ultra rare deep sea creatures caught on film, but this thing that was just pulled from the waters of Victoria, Australia is something else altogether.

The frilled shark, which has ancestors dating back 80 million years, has the body of an eel, the tail of a shark and has 300 teeth in 25 rows.  It also has six pairs of gill slits near its neck (that’s where it got its name from) and hunts like a snake. 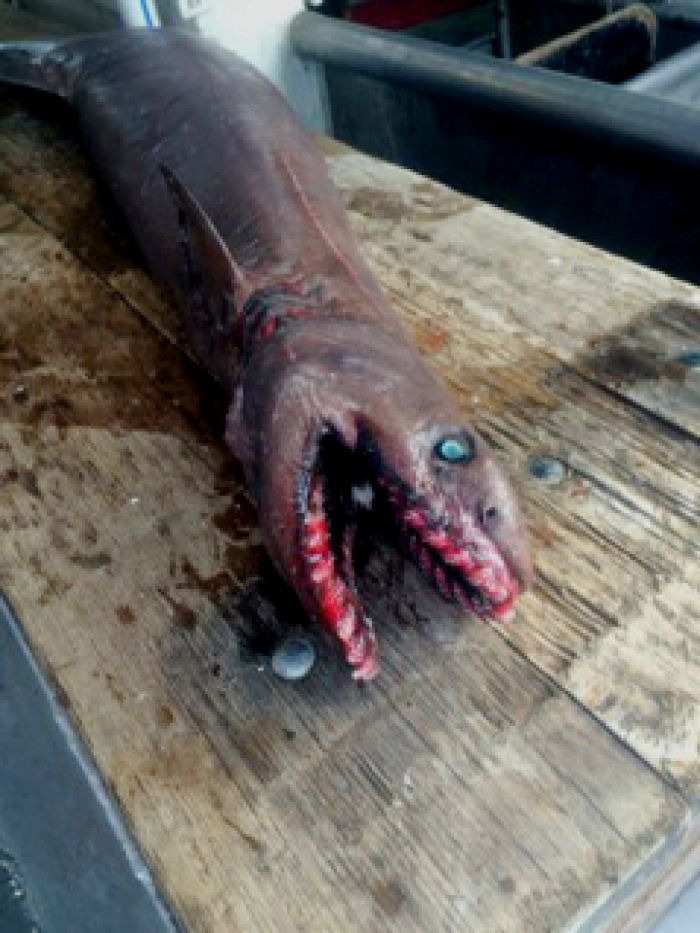 The man who caught it, David Guillot, says:

I’ve been at sea for 30 years, and I’ve never seen a shark look like that.It was like a large eel, probably 1.5 metres long, and the body was quite different to any other shark I’d ever seen. It was quite scary actually.

Sounds it mate. Just another reason why the ocean is so terrifying – we don’t know the half of what’s lurking deep in its depths. And the half we do know about is already grade A nightmare fuel. We’ll be hanging out on land if anyone needs us.