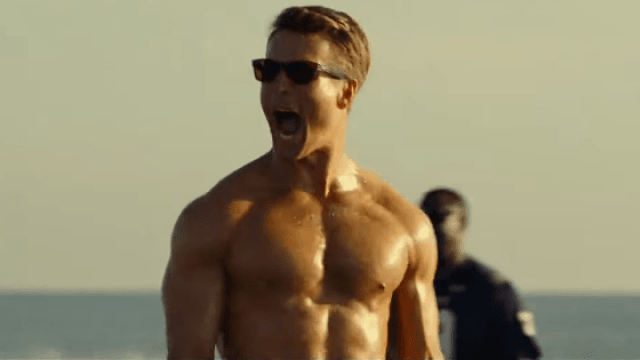 To say that everyone is excited about a new Top Gun movie coming out roughly 30 years after the original would be somewhat of an understatement and this hype went into overdrive following the premiere of the first trailer at San Diego Comic Con yesterday.

The trailer sees Maverick as a veteran of the US air force, training a bunch of younger pilots. I guess that’s the plot of the movie but what everyone is really going to focus on is how unbelievably ripped Tom Cruise is despite the fact that he’s 57 and basically looks way better than you ever could even if you trained non stop for a whole month.

The rest oft he trailer also features a bunch callbacks to the original movie with pilots playing volleyball, riding motorcycles and obviously flying their massively powerful fighter jets. Check it out below:

Lol that was such a dumb trailer wasn’t it? Literally told me absolutely nothing about the plot of the movie except that Maverick is still having trouble with his senior officers, but even so I couldn’t help but watch it with a massive grin on my face and I even laughed out loud at the final bit with Maverick telling Ed Harris off.

Seems certain that this is going to be a major throwback to those 80s movies which don’t really make a lot of sense but are a lot of fun anyway and yeah I can’t wait. Shame it’s gonna be about a year until we get to see it though, but at least we know that when it does finally drop it’s going to be completely stupid and probably shatter even those expectations.

For more of the same, check out some plot details for the movie right here. Exciting.