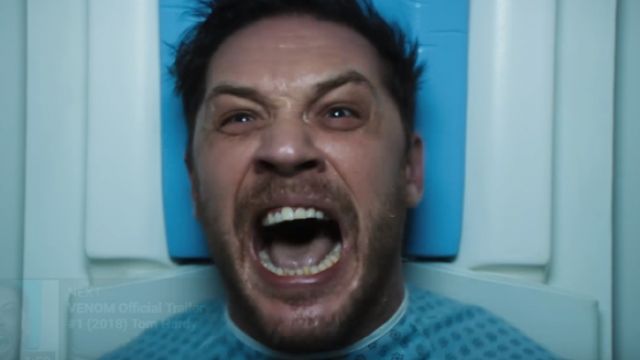 People have been pretty excited about Venom’s debut in the Marvel Cinematic Universe for some time now and rightly so – he’s one of the darker and more violent Marvel characters so any movie bearing his name should be very interesting indeed.

When Tom Hardy was announced as playing Eddie Brock – the man who hosts the Venom symbiote – excitement went through the roof and it’s probably going to do so yet again after the release of the first teaser trailer. It’s not really revealing much about the plot – and you don’t even get to see the symbiote in action – but there’s enough here to make this look like it’s going to be a really great movie.

Take a look for yourself below:

Yeah, thats’ going to be good you can just tell. Love Hardy’s voice for Brock as well – almost fits the lowlife character to a t.

Venom is coming futon October 18th and is going to co start Riz Ahmad, Jenny Slate, Reid Scott, and Scott Haze, alongside Michelle Williams who you briefly saw in the trailer. Peter Parker is also confirmed as appearing in the movie, but whether that means Spiderman will be showing up as well is anyone’s guess. Can’t wait either way though.

For more Marvel movies (technically), check out the trailer for Deadpool 2 that was released this week as well. Another soon to be classic.