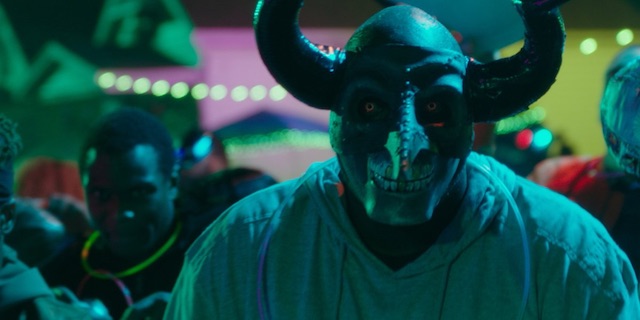 I find it quite surprising just how successful ‘The Purge’ franchise has been over the years as somewhat of a limited idea seems to have been expanded to include a television show and five movies, but it looks like it’s coming to an end this summer with the final instalment in the series ‘The Forever Purge’.

This movie was actually scheduled to come out last year but has been delayed until July 2nd this year because of Coronavirus and it actually features a neat little twist on the idea behind ‘The Purge’ as this time a group of lawless marauders decide to keep ‘The Purge’ going after time is called on the usual 12 hour window. Here’s the official trailer and synopsis:

Adela (Ana de la Reguera, Cowboys & Aliens) and her husband Juan (Tenoch Huerta, Days of Grace) live in Texas, where Juan is working as a ranch hand for the wealthy Tucker family.

On the morning after The Purge, a masked gang of killers attacks the Tucker family—including Dylan’s wife (Cassidy Freeman, HBO’s The Righteous Gemstones), and his sister (Leven Rambin, The Hunger Games), forcing both families to band together and fight back as the country spirals into chaos and the United States begins to disintegrate around them

Wow. I wasn’t expecting that to look good even in the slightest, but as soon as that woman got caught in that trap it looked absolutely awesome and kinda terrifying as well. Jumped straight to the top of my watch list for this summer.

For more of the same, check out the first three minutes of the new ‘Saw’ movie as well. That looks like it’s gonna be something too.