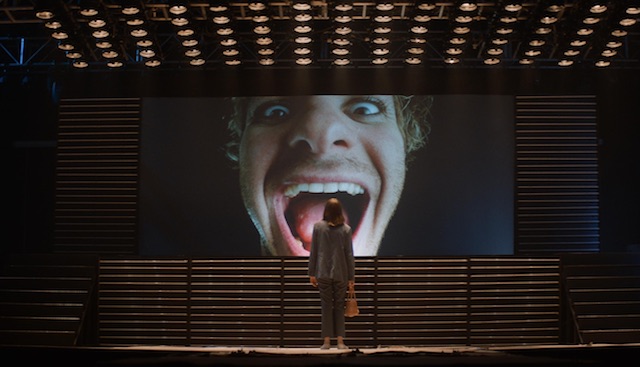 I don’t really know much about Andrew Garfield other than that he played Spiderman for a bit and was in ‘The Social Network’, but it looks like he’s taking on somewhat of a new role in his new movie ‘Mainstream’.

The film tells the story of a love affair between three young people who are desperate to become famous in the internet age and also features ‘Stranger Things’ Maya Hawke, Johnny Knoxville, Jason Schwartzman and ‘Paper Towns’ Nat Wolf, as well as being co-written and directed by Gia Coppola, the granddaughter of Francis Ford. The movie ruffled a few feathers at the Venice Film Festival where it debuted last year, causing some people to walk out and one reviewer to label it as ‘grotesque’.

Take a look at the trailer below and see what you think:

In this cautionary tale, three people struggle to preserve their identities as they form an eccentric love triangle within the fast-moving internet age.

Was that a cheeky cameo from Jake Paul there? Very cool.

Anyway, I thought that was going to be kind of edgy or violent or a bit dark when it was described as ‘grotesque’ and hearingthat people had walked out of the cinema, but it kinda just looked like it was gonna be a bit crap and the sort of thing that someone just out of film school would make. You get the picture:  she’s trying make a big point about internet culture and how YouTubers and celebrities at the head of it have their identities erased in a bid for views and attention and it destroys their mental health especially when nasty investors like Jason Schwatzman get involved, but I kinda get the feeling most people already know that, so I doubt this is going to say anything new.

Looks a bit basic to be honest, but maybe I’m wrong though? Decide for yourself when it drops on May 6th.

For more of the same, check out this story about Mark Zuckerberg losing a game of Scrabble. What an asshole.