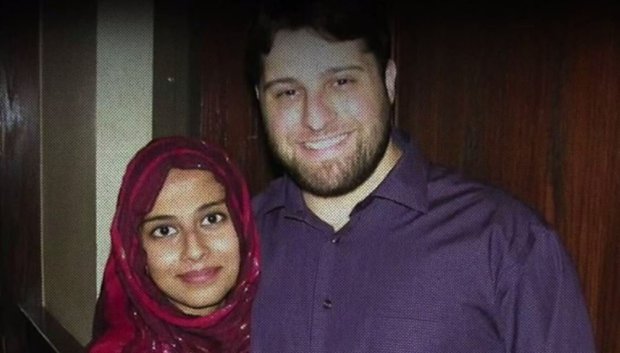 Her husband made her move to Syria with their four children so he could become an ISIS leader.

ISIS seems to be on the way out since the recent announcement from the Iranian President that the Islamic State has been destroyed, but a lot of followers have been hightailing it away from the area for some time now as things continued to look bleak.

One of these was Tania Georgelas, a normal schoolgirl from Harrow in London who was radicalised by Muslims in the area after 9/11 and convinced by her then husband John Georgelas to embark on a jihad in Syria with him, taking their four young children along as well in 2013. After spending only three weeks there though, she begged John to let her leave and returned to America (John was an American born Muslim) with the children.

Tania later lost custody of them to John’s parents, whilst John himself became a high ranking ISIS leader named Yahya al-Bahrumi. She’s now dedicated her life to a career in rehabilitating extremist radicals, and the BBC recently did a short piece on her story below, where she pretty much acknowledges that she messed up her life by becoming radicalised:

Pretty hard hitting stuff. I wish her all the best in the rest of her life as it seems like she realises that some of her earlier decisions were completely misguided and led to her losing ten years of her life and deeply affecting her children too, but hopefully her attempted work deradicalising extremists might be able to make up for some of that. Might.

For more ISIS brides, check out this story about one girl who wasn’t as lucky as Tania. Twisted.