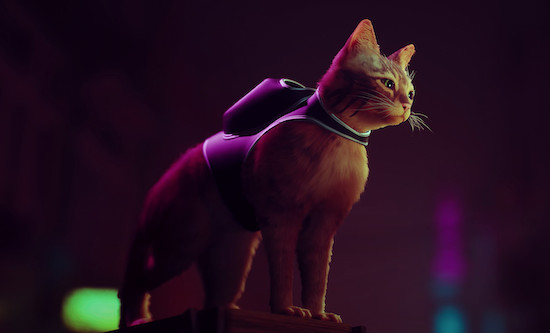 You control a stray cat trying to make his way out of a mysterious city.

These days it’s easy to say that most video games out there share pretty much the same template, but ‘Stray’ is out here looking to do something a bit different as you control a stray cat trying to make his way out of a mysterious city.

The premise sounded kinda cool but now a gameplay trailer has been released, it’s all anyone is talking about. The trailer shows the cat jumping and running around this spooky city, interacting with a bunch of weird humanoid robots and strange creatures and solving some tricky puzzles as he tries to make his way back to safety and his owners.

That looks really creepy doesn’t it? I suppose the standard of ‘puzzle’ and the enemies don’t look like they’ll be too taxing or hard to beat, but even so it’s interesting to see a game like this when most of them are based on sports or your standard shoot ’em up formula. Will be interesting to check it out when it drops towards the end of the year.