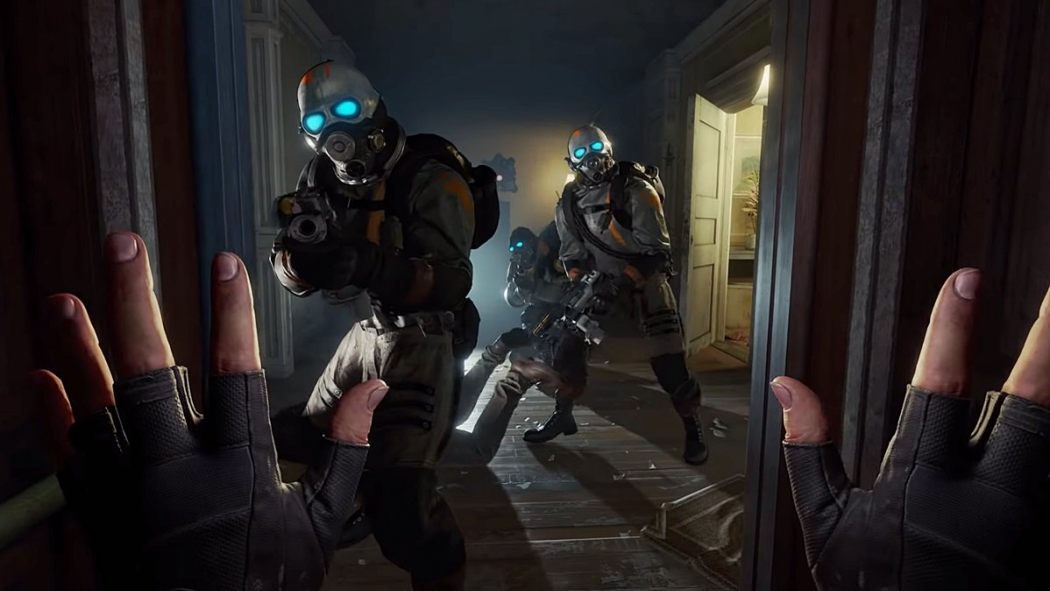 We’ve been waiting over 10 years or something for a sequel to Half Life after the infamous cliffhanger ending to Half Life Two: Episode Two and whilst Half Life: Alyx isn’t a continuation of the franchise, at least it’s something.

The VR title is set in between he events of Half Life 1 and Half Life Two when Gordon Freeman is cryogenically frozen and sees you take on the titular role of Alyx as she and her father Eli build the resistance against the alien Combine’s occupation of Earth. The game is a VR exclusive and received its first trailer yesterday and actually looks pretty dope.

Take a look at that below as well as a blurb about what kind of gameplay you can expect:

Lean to aim around a broken wall and under a Barnacle to make an impossible shot.

Rummage through shelves to find a healing syringe and some shotgun shells.

Toss a bottle through a window to distract an enemy.

Rip a Headcrab off your face and throw it at a Combine soldier.

Does look completely sick actually doesn’t it? Not sure if it looks sick enough for me to invest in a PC and a VR helmet though, but I definitely think it would probably be worth it if I did. Something to think about before its release date in March next year.

For more of the same, check out the trailer to Diablo 4. All the greats are making a comeback.