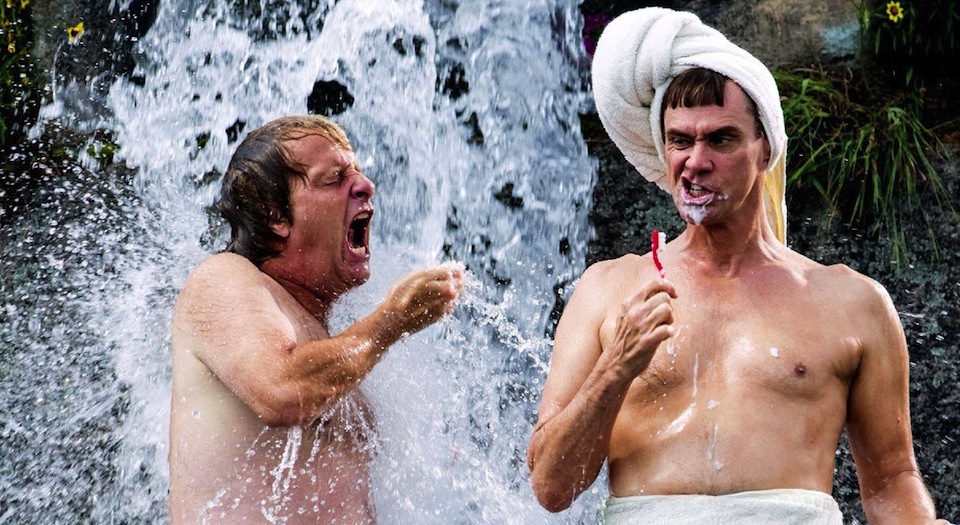 It’s actually happening, and now we can finally get some idea what it’s about.

The world rejoiced earlier this year when it was announced that Dumb and Dumber – one of the dumbest and funniest movies of the 90s – was going to finally get a sequel 20 years later reuniting Harry and Lloyd who were sure to go on another completely stupid adventure.

The world then waited with baited breath for details of the plot or the first trailer to reveal what ridiculous situation they would be getting into, and now finally that day is here. Turns out that Harry got someone pregnant and the pair try to track the girl down, although Lloyd is mainly helping because he saw a picture of her and has a crush on her. Typical.

The rest of the trailer features a couple of stupid gags that are also fairly characteristic of the first movie, and also reveals that it comes out a couple of days before my birthday. Bonus.