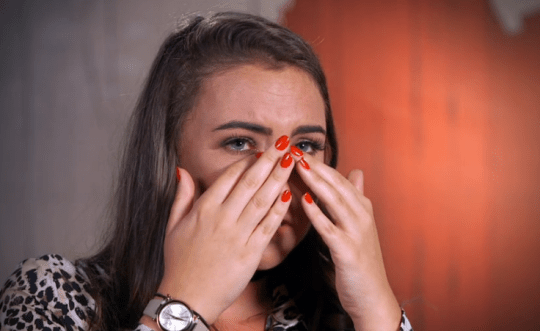 Catfish is one of the most popular shows out there when you need something mindless and crazy to kill time for an hour with some of your mates, but I doubt any of us would find it too funny if that happened to us in real life.

Obviously, most people out there are smart enough to realise when someone is Catfishing them, but it isn’t true of everyone unfortunately, as Maria revealed during an appearance on First Date with her love interest Albert. The pair were sitting down to dinner when she decided to tell him this story:

I mean that is a bit mean but it’s hardly getting Catfished is it? The people on that show are convinced they’re in a relationship with someone who isn’t who they say they are – this sounds like it went on for about a week (if that) and was just a bit of a joke that you’ve kinda gotta admit is pretty funny. Don’t think it’s really anything for her to be getting so upset about, but I guess it’s still a bit mean as they probably knew she would react this way. You gotta toughen up and just beat the pranksters at their own game girl.

Not sure why you would bring this story up on a First Date either as it just makes the date feel sorry for you and that’s not the confident, sexy kind of vibe you want to project if you want to get someone to like you.

For more Catfish, check out this guy who believed he was dating Katy Perry for seven years. That’s some delusional shit.