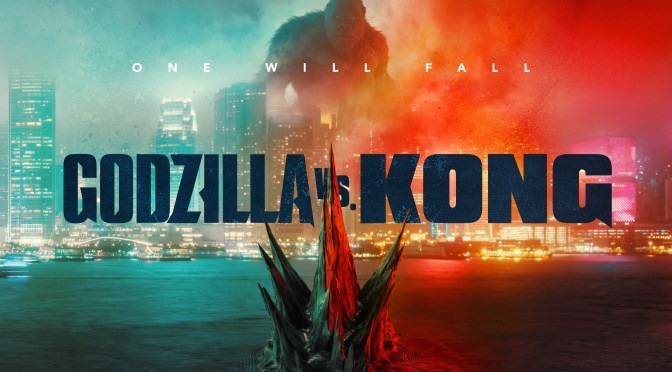 I’m not gonna lie, but I wasn’t particularly excited about ‘Godzilla VS Kong’ when I saw the trailer, but it did strike me as being the kind of movie that would be really stupid and really dumb and possibly a bit of fun too and the first critic reviews seem to confirm this as well.

Take a look at them below:

There are legitimately several sequences in this that I have never seen in a film before & I was totally in awe. I cannot wait to go see it again at the drive-in. #GodzillaVsKong

I have see. #GodzillaVsKong and my review is that I am going to watch this movie every day it is available on HBO Max, turning the volume on my television up a little bit every time

watched #Godzilla fight #Kong for the first time in my living room and while I have a decent set up this movie demands to be seen on the biggest screen possible. If you can find a theater you feel safe to visit def see this on a movie screen. pic.twitter.com/79GgsT7C8r

As expected – and probably as it should be – the titan fights are the best parts of #GodzillaVsKong . Adam Wingard definitely has the eye to make the most of those moments! Still don’t think they’ve nailed how to incorporate human characters, but the top-notch ensemble helps. pic.twitter.com/ttpmNJOElo

Godzilla vs. Kong has excellent action and effects. The story is crazy ambitious and at times achieves some unique sci-fi-coolness. I’d watch it again for that stuff but most of the human angles are so overstuffed, illogical and pointless, it constantly took me out of it.

I watched #GodzillaVsKong on a big IMAX screen and it was AWESOME. The movie is a blast. It’s like Fast & Furious but with giant monsters.

It’s exactly what I wanted it to be. Giant fights and they’re just SO MUCH FUN to watch. It’s a big, ridiculous, awesome movie. pic.twitter.com/v6e9hpWqd0

I absolutely hated the prior Godzilla movie. So here’s the utmost praise I can give a movie like GODZILLA V. KONG: it is a coherent movie with daytime fights and I could always see what was going on. I truly mean that as a compliment.

Damn. I guess that means that I’ve gotta find a way to fit this and The Snyder Cut in over the next couple of weeks because everyone is saying how awesome they both are? FML I don’t believe it. Hope I don’t have to watch the old Godzilla and Kong movies in order to understand it. That would be even more of an inconvenience.

For more of the same, check out this trailer for a different movie about a giant spider that lives in the ocean. That also looks really good.