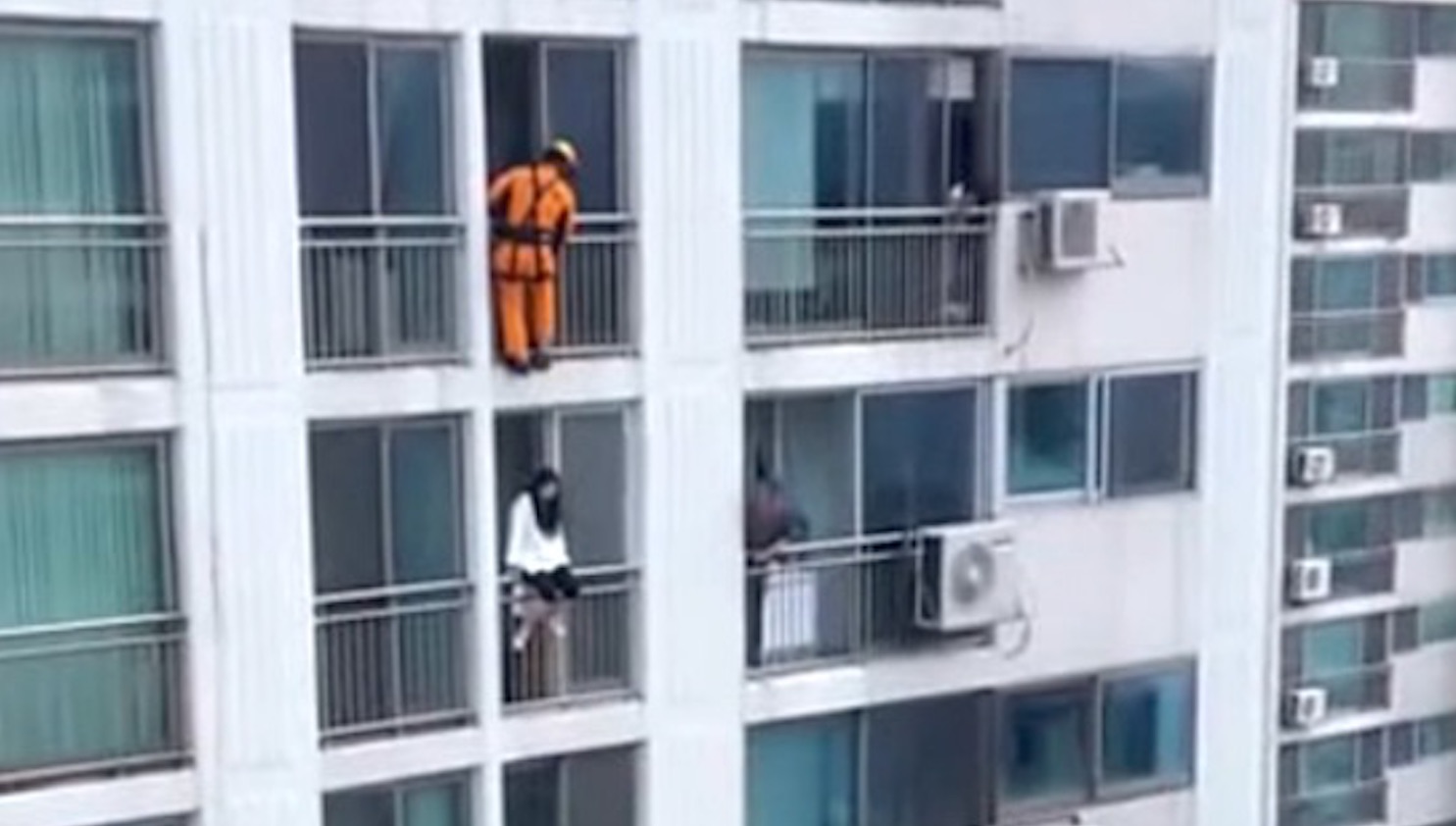 It’s like something out of a Jean-Claude Van Damme movie.

There’s always the problem that when someone is threatening to jump off a building, there are very few ways to save them other than talking them down. However, this South Korean fireman just came up with a brutal new tactic.

In the video, a South Korean schoolgirl is sitting up on the balcony of her flat, looking down and presumably debating about whether or not she should end it all. This enables a fireman to stealthily enter the flat above her, climb over the balcony and then drop kick her back to safety.

Whoa. That is a serious move from that dude – I assume he’s attached to the balcony somehow to even try something like that (you can kinda see something dangling around) but it almost looks as if he just jumps down and kicks her whilst grabbing onto the rails to keep himself up there. It’s like something out of a Jean-Claude Van Damme movie.

However he went about it though, the important thing is that he saved that girl’s life. Respect.

For more dropkicks, check out the lead singer of a punk band savagely dropkicking a girl off the stage for taking a selfie. See ya.