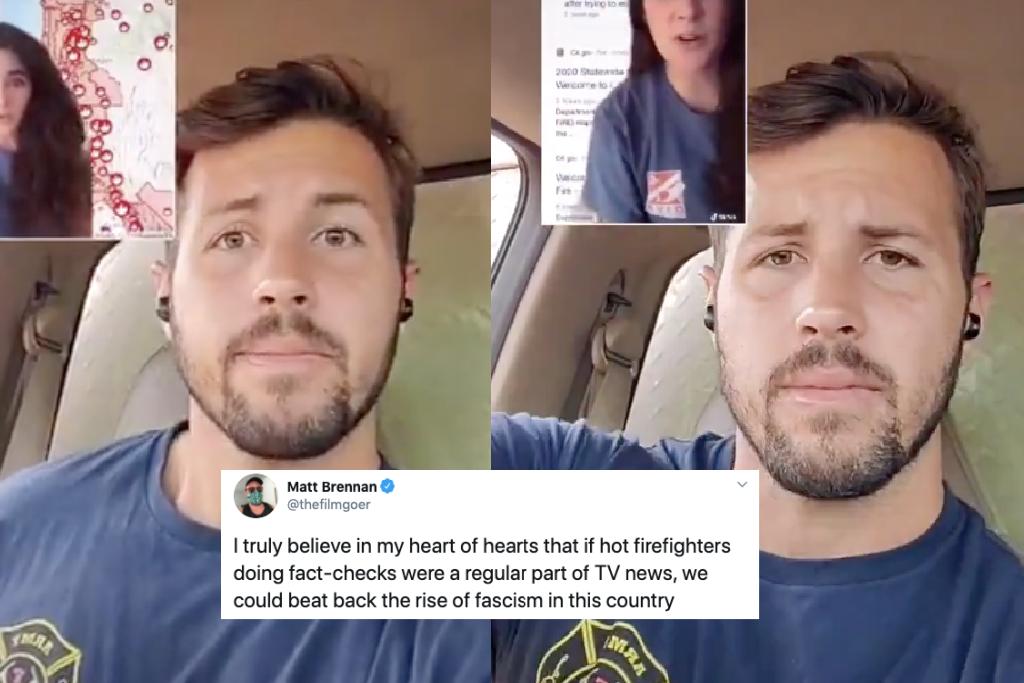 Putting out fires and saving lives is impressive enough, but this firefighter is also taking care of teens on TikTok spreading stupid conspiracy theories and misinformation about the wildfires currently burning up America.

Watch a hero at work:

Lol. I’m not sure if this girl was trying to argue that the fires don’t exist or what exactly she was saying, but I just love the part when she thinks she’s got it all figured out because of the map that shows no fires in Canada. How do the fires know how to stop at the border of Canada? Very suspicious stuff! Until you realise it’s just a US Database Map and so it makes all the sense in the world.

Here’s a map from a Canadian government website that shows that sure enough, the fires have spread into Canada: 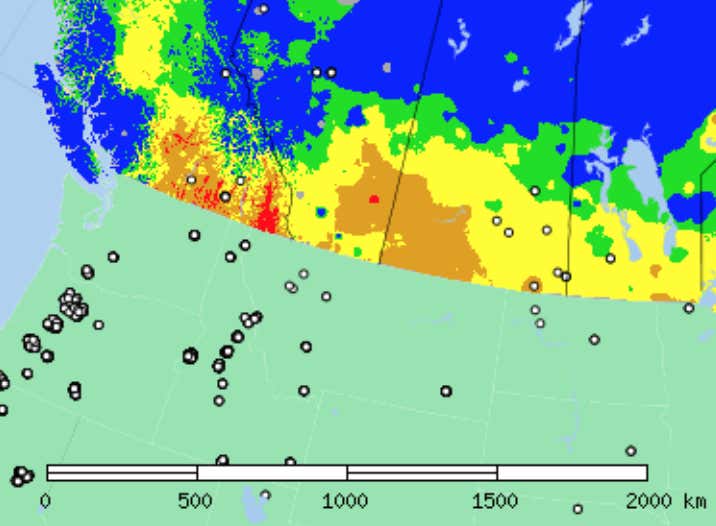 So I think this disproves the girl’s theory that the fires have a mind of their own or were purposely set to damage the climate or whatever she’s saying.

I also like her theory that fires can only ever be real if they are reported on the national news, and the hazard sign that totally isn’t photoshopped or taken from another place entirely. Except there were a couple extra debunkings on Twitter for that one (if you didn’t already believe the firefighter):

I’ve been to the spot where that radioactive sign is…it’s in Ukraine…at Chernobyl. pic.twitter.com/5Q7BfQGdHG

That is not a US compliant sign. In the US it would be rectangular and have a text box at the top of the sign with some kind of instruction like, warning, be careful or restricted. pic.twitter.com/H9I4vmlDX5

I did consider whether the girl’s original video was some kind of genius satire piece, but I’m afraid it’s not. This is just the sort of stuff woke teens on social media are coming up with and sharing around. Anybody else starting to think that social media was a mistake?

Big up the firefighter for taking the time out to debunk these morons. I mean he barely even had to say anything which just goes to prove how dumb some of these conspiracy theories are. Firefighters > TikTokers any day of the week.

For more fires, get a load of this woman trying to set a car on fire but blowing herself up instead. Amateur.