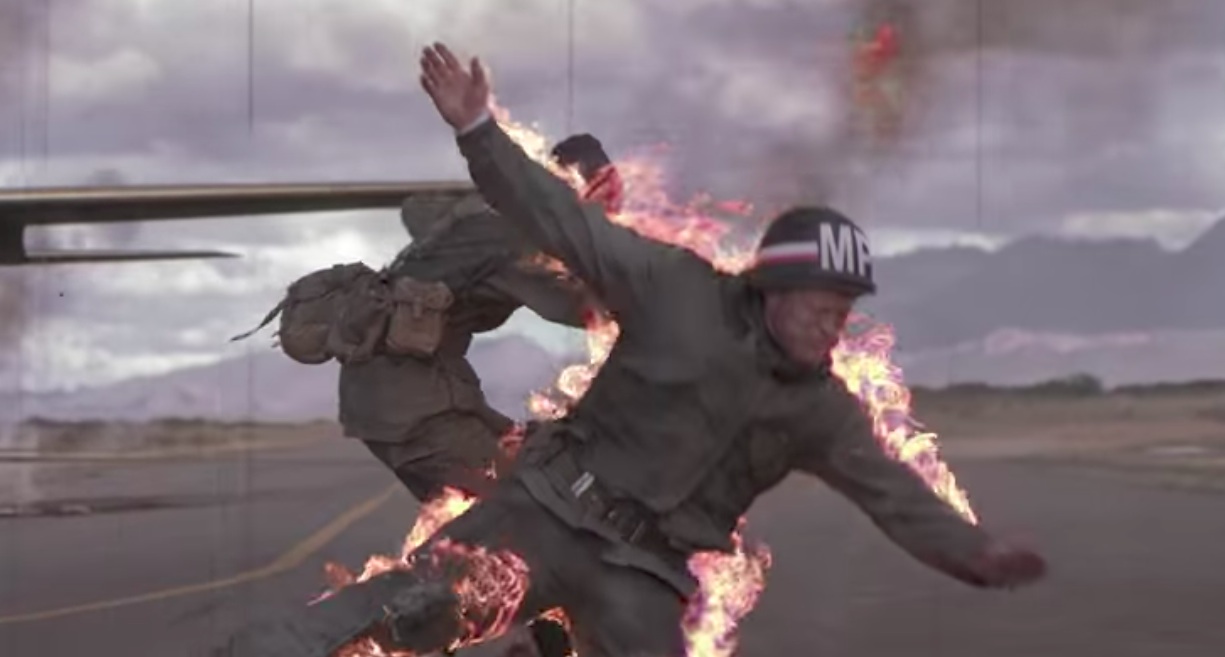 Neil Blomkamp announced the formation of his new project – the experimental Oats Studios – about a couple of months ago and since then he’s flooded the internet with a wealth of free content to show what the project is really all about. And so far, it’s all completely ruled.

The latest example of this is his second short movie from the studio entitled ‘Firebase’. It’s set during the Vietnam War as an American soldier named Hines literally finds the fabric of space and time beginning to bend around him, kinda like a cross between ‘Apocalypse Now’ and ‘Predator’. Probably best to just dive right in without any knowledge of it and see what happens:

Whoa. That was pretty intense right and unfortunately over way too soon as well. I especially liked the bit where the River God’s torso caught on fire from the napalm – the special FX were great considering this is just some free movie that’s going out on the internet. Blomkamp really is setting the budget high with this stuff.

If you missed the first of these movies that he released, then check out ‘Rakka’ right here. Just as awesome as this.