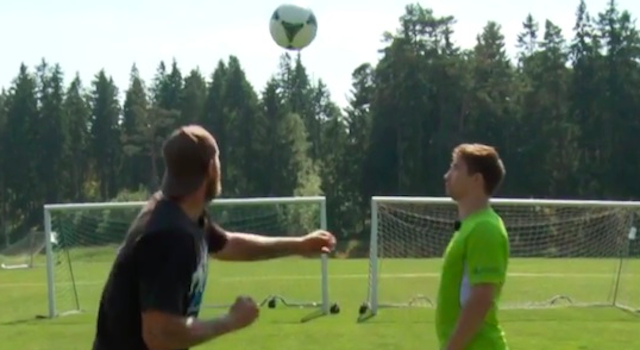 There’s nothing worse in a football match when you’re watching your team play when the goalkeeper comes out to try and punch a ball clear and either doesn’t get any distance on it or just flaps at it and misses it. It’s even worse when it results in a goal, which unfortunately is what usually happens in these situations.

Finnish heavyweight boxer Robert Helenius (who sounds exactly like Bane, which is kind of scary) was pissed off with this situation though, and decided to show Lassi Hurskainen (some Finnish goalkeeper that nobody has ever heard of) just how to punch a ball clear of the area when you’re a goalkeeper.

The result? Pretty much a world record goalkeeper punch as the ball ends up the other end of the football pitch. That’s a pretty hard punch, although perhaps not as hard as the punch that vaporised this kid’s glasses.