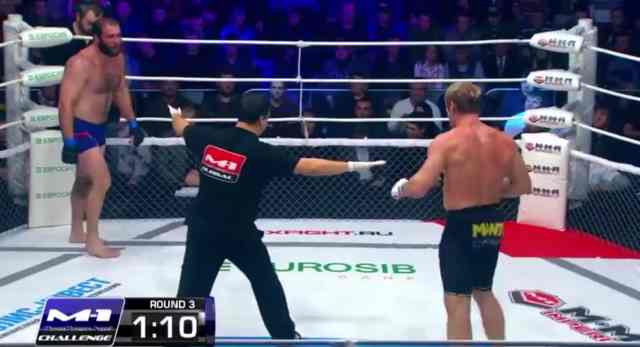 I don’t know who these two are or what promotion they’re fighting for, but at least one of them will be happy we’re not putting his name out there because he went into this fight with a strategy that was guaranteed to flop from the very beginning.

I mean really – what was he thinking?

I think for a split second before he got his brains scrambled with a ferocious kick he looked as though he was going in for a takedown? I just don’t understand why you would telegraph the takedown as soon as the bell rings by dropping to one knee? He was basically asking the dude to kick his face in and naturally he very much obliged. Ask and you shall receive indeed!

To watch a cocky bouncer get knocked out with an outrageous two-punch combo, click HERE. He didn’t have a great game plan either.