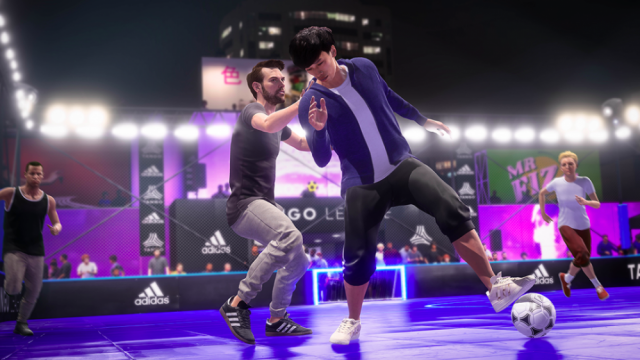 FIFA is one of the best and most addictive games out there and every year you wonder if it’s possible to make it better, but every year the updated version manages to be a little bit greater than the last one.

It looks like they’ve really outdone themselves this year though thanks to the fact that they’re bringing back indoor/street football for FIFA 20. To say people have been asking for this for years would be an understatement, and looking at the trailer below, it seems like the option will be worth the wait.

It’s called VOLTA football and EA’s official website says the following about it:

Volta Football will allow you to customise and personalise your female or male in-game avatar with a range of clothing, hairstyles, tattoos, and in-game celebratory emotes.

You can build up your squad in VOLTA World, lead your player through the VOLTA Story Mode, play through Promotion and Relegation in the online VOLTA League, or take your favourite professional teams to the streets in VOLTA Kick-Off.

I mean that does sound pretty awesome doesn’t it, and it’s also kind of incredible how EA have just managed to create an entirely new way you keep you addicted to the game by hardly really doing anything – just tweaking the graphics so that it’s outdoors and giving you the ability to kick it off the wall. I’m all in and think they’re geniuses for it though. Can’t wait.

For more of the same, check out this amazing compilation of a bunch of FIFA glitches. Really hilarious stuff.