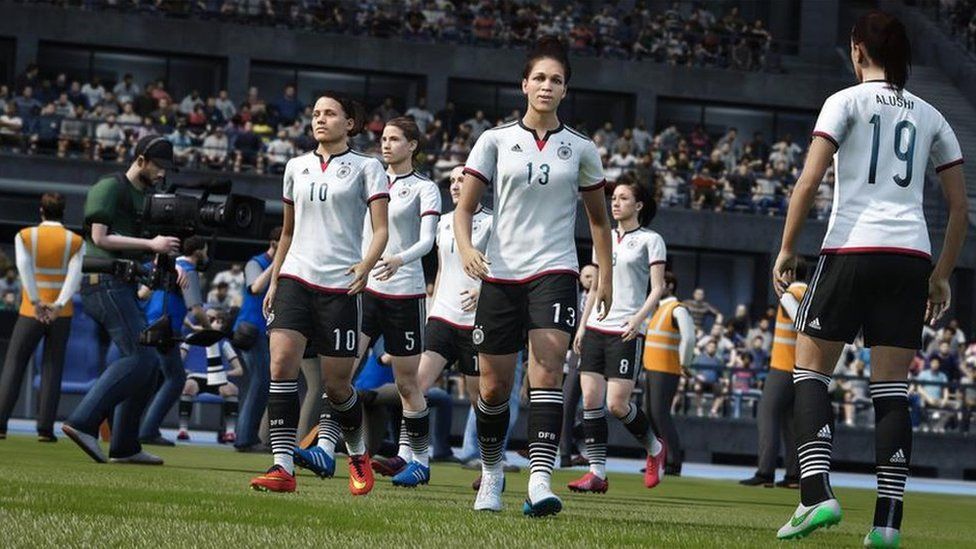 Some people can’t wrap their heads around it.

Earlier today, it was revealed that FIFA 16 will feature women’s teams for the first time ever — 12 to be exact.

Following the reveal, England captain Steph Houghton said she was “looking forward to scoring” as herself when the game drops in late summer. Naturally, Twitter was quick to pounce:

Hopefully these guys are just joking around, because if they’re serious they 100% have their facts wrong. For one, women can play football during the first 12 weeks of pregnancy. Secondly, there are millions of girls around the world who play football and/or FIFA. Thirdly, female football players choose to take the pill around major tournaments so they know they won’t be on their period (we didn’t believe this but it’s true according to the BBC). And lastly, of course, you don’t have to play as the female teams if you don’t want to (though there’ll blatantly be some hectic England women’s team Vs Classic World XI showdowns).

At least FIFA’s got some good news to report – especially after what happened yesterday.