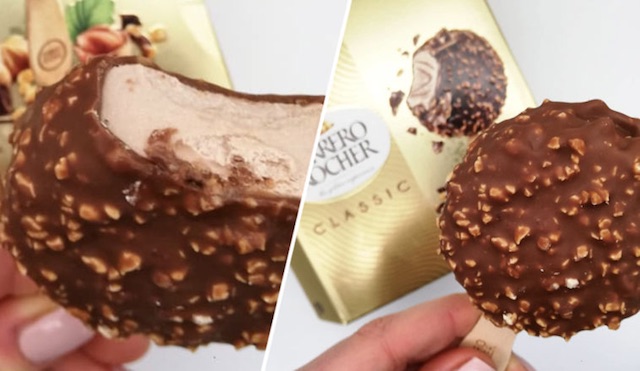 The summer has well and truly started in the UK this week – although apparently it might be snowing at the start of next week? – and it looks like it’s going to get even better with the revelation that Ferrero Rocher and Raffaello ice cream sticks are coming out in the summer.

The news was revealed by Instagram page John’s Snack Reviews – which normally knows what it’s talking about – bringing us the news that there would be two flavours of Ferrero Rocher available as well as the white chocolate and coconut flavour known as Raffaello.

Look good don’t they hey? I guess they’re going to be like almond Magnums but with that crunchy and delicious Ferrero Rocher hazelnut on them instead of the almonds. You know that’s going to be a treat. Mmmm.

Kinda ridiculous that they’re not bringing them out until the late summer because that’s really going to affect their impact, but I suppose it’s probably harder to get them over from the mainland because of Brexit or whatever. Better get used to it. Summer will probably be OK without them anyway. Hopefully they arrive in time for the bank holiday weekend.

For more of the same, check out when this woman licked an open box of ice cream and putt back in the fridge. What a freak.