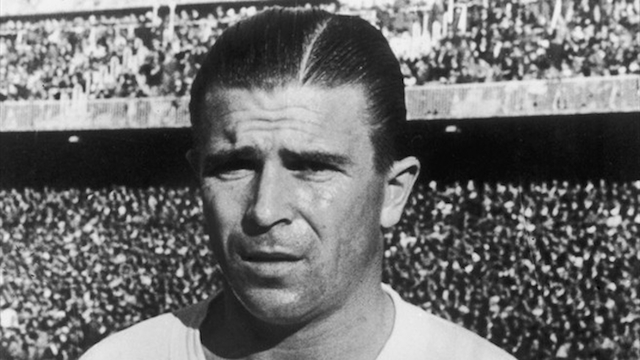 Check out the top 10 goals of the calendar year that have been nominated by FIFA for the prestigious Ferenc Puskas Award.

FIFA have released their nominations for the Ferenc Puskas Award, which is awarded each year for the best goal of the year. The goals are judged on the following criteria:

3) the absence of luck or an opposition mistake as a factor making the goal possible.

4) fair play: the player must not have conducted himself poorly during the game or, for example, have been found guilty of doping.

Here are the nominations for this year – interestingly there are no English players or English based players featured. It’s also kind of weak that two of the goals featured are from women’s football, but one of the goals is from Louisa Necib who’s completely sick at football and a total babe so I’ll probably let them get away with it this time. But seriously, as good as her goal is, it’s just the kind of thing that Gareth Bale does every week – she even rips of his heart celebration – so doesn’t really strike me as being goal of the year or anything. The other women’s goal is slightly better but still not amazing and there’s a screw up in the buildup which makes it less appealing too. However you’ve gotta watch it for the moronic commentators and because it doesn’t have an action replay of the goal because the league is so poor, it just literally follows the players back to the centre circle and waits for them to kick off.

I think my favourite goal from this list though just has to be Zlatan’s against England. It was huge news at the time and even though it was only a friendly match it’s completely phenomenal and unprecedented, and it’s unlikely that we’ll ever see anything like it again either. it really is one for the ages. I also really like the Nemanja Matic one because the ball stays in the air a long time via controlled headers before he finally slams it it, and Di Natale and Olivera’s respective volleys. The rest of the goals don’t really seem that special to me though. Check out the list below though and let us know who you think deserves to win the award.