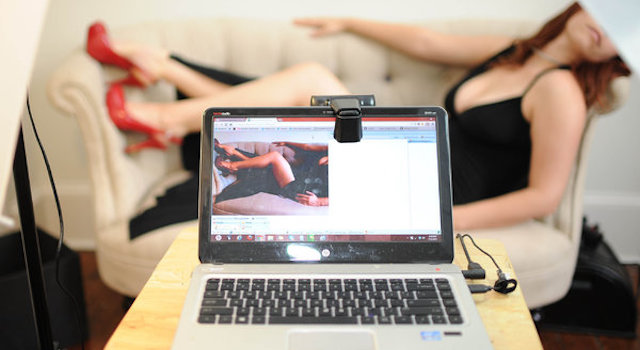 Sign me up for the University of Newcastle over in Australia because apparently when you’re revising for your finals all you have to do is head over to a special part of the library and you get to see a live sex show – including ten of the most disgusting sex acts known to man – from one of the students there. That’s my kind of education.

The University recently announced that they busted a female student after her sexscapades in the library, where she was streaming live sex shows for paying customers in order to make some extra cash. Hey – we all know that student life is hard so we can’t really blame her can we? You gotta make a buck some how.

Even the university are agreeing with this analysis of the situation, stating that the girl has received counselling for her actions and that it highlights the need for financial aid:

Newcastle has a high enrolment of students from low socio-economic background — it’s 26 [percent]. The question shouldn’t be any sort of judgement or about the morals involved. Our primary concern should be the health and safety of the student. It’s highly unlikely she would have partaken in these actions had not needed to out of financial necessity.

The university was also at pains to note that the area where she was performing the sex acts in the library had now been steam cleaned. Considerate of them.