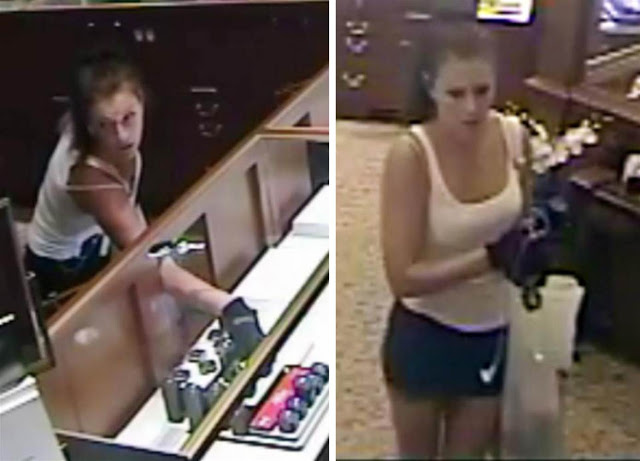 This girl is making an absolute killing and no one seems to know how to track her down.

A woman who has been robbing jewellery stores along the US South for almost a year is on the run from the FBI, after holding up her sixth location on Monday.

She robbed a jeweller’s named Jared Vault in Mebane, North Carolina after forcing the two employees into the back room at gunpoint. 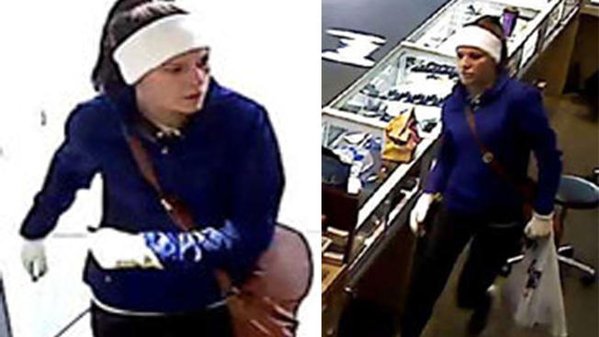 All her heists follow the same pattern — she cases the store, then comes back the next day and casually chats with the employees about a random item. She then whips out a gun and forces the employees into the back room, where she steals their keys and uses zip-ties to tie them up.

She then goes back to the front of the shop, locks the door, and gets stuck into the merchandise, typically diamonds and watches.

Finally, she leaves the store and jumps in her getaway driver’s car with dark-tinted windows and temporary or dealer tags.

A jewellery trade group has declared her “Public Enemy No.1” and has put out a $10,000 reward for her capture.

Not condoning what this girl’s doing or anything, but you have to respect the sheer balls of this operation. She’s just showing up at these places without a mask, not a care in the world, just her and her getaway driver casually steamrolling through every jeweller in the south. Except she’ll probably have to keep low-key for a while now that her face is all over the Internet. What about her getaway driver though? What if he/she kills her and then runs off with all the diamonds? No one knows what that person’s face looks like. It would be a diabolical, but maybe perfect crime.

P.S. If her getaway driver is a male, bit rude having her do all the stealing/carrying of diamonds while he just chills out in the car waiting for her? Bet he doesn’t even open doors or pull our chairs for her either. What a dick.

Read about the Antwerp diamond heist that fooled the world HERE.