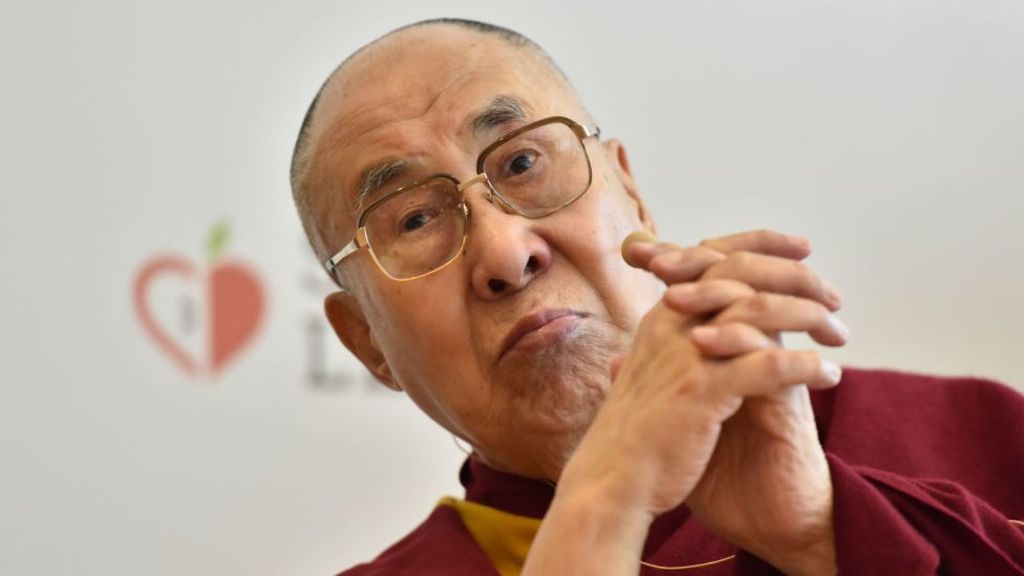 Does he have a point?

You would think the Dalai Lama, the exiled spiritual leader of Tibetan Buddhism, would be the wokest man on the planet. Apparently not according to the people he’s managed to wind up recently.

Here’s the exchange the Dalai Lama had with BBC News reporter Rajini Vaidyanathan:

You once said that you would be open to a female successor,” BBC News reporter Rajini Vaidyanathan asked the religious leader, in a video interview published Thursday on Twitter.

“You also told one of my colleagues that, that female must be attractive, otherwise it’s not much use,” she continued. “…Can you see why that comment upset a lot of women?”

The Dalai Lama answered, “If a female Dalai Lama comes, she should be more attractive.” If not, “people, I think prefer, not see her, that face.”

The reporter asked, “It’s about who you are inside, isn’t it?”

“Yes, I think both,” he said. “Real beauty is inner beauty, that’s true. But we’re human beings. I think the appearance is also important.”

The religious leader also suggested that most people would prefer not to look at a “dead face” and argued that women in the public eye should wear makeup.

LOL @ not wanting to look at a “dead face”. Not really what you’d expect to hear from the Dalai Lama but at least he’s sharing what he really believes to be true, right? As you can imagine, people were not thrilled:

15 beautiful monks stand before me, but I only have 14 photos in my hand. And these photos represent the girls that are still in the running toward becoming America’s Next Top Dalai Lama

Nobody: …
Nobody at all: ….
Nobody throughout the vastness of space: ….
Dalai Lama: The next Dalai Lama has to be super f***able.pic.twitter.com/naq30K4cJ9

Remember a couple of hours ago when I said there was no-one left to disappoint you?

I get where these people are coming from. After all, being physically attractive has nothing to do with ‘enlightenment’, so how could the Dalai Lama be so shallow? It would be good to hear him explain his thought process some more because I’m sure nobody has thought longer and more deeply about his successor or potentially female Dalai Lama than the Dalai Lama himself.

I mean it’s possible that the Dalai Lama is onto something here. After all sex sells and even the Dalai Lama needs maximum exposure to spread the message of enlightenment, so a hot, female Dalai Lama would be a good shout. Or maybe he just had the horn during that interview? Could be.

P.S. Speaking of spirituality, here’s Alan Watts’s take on why giving up on life is the key to happiness. He’s not particularly sexy but you should listen to him anyway.