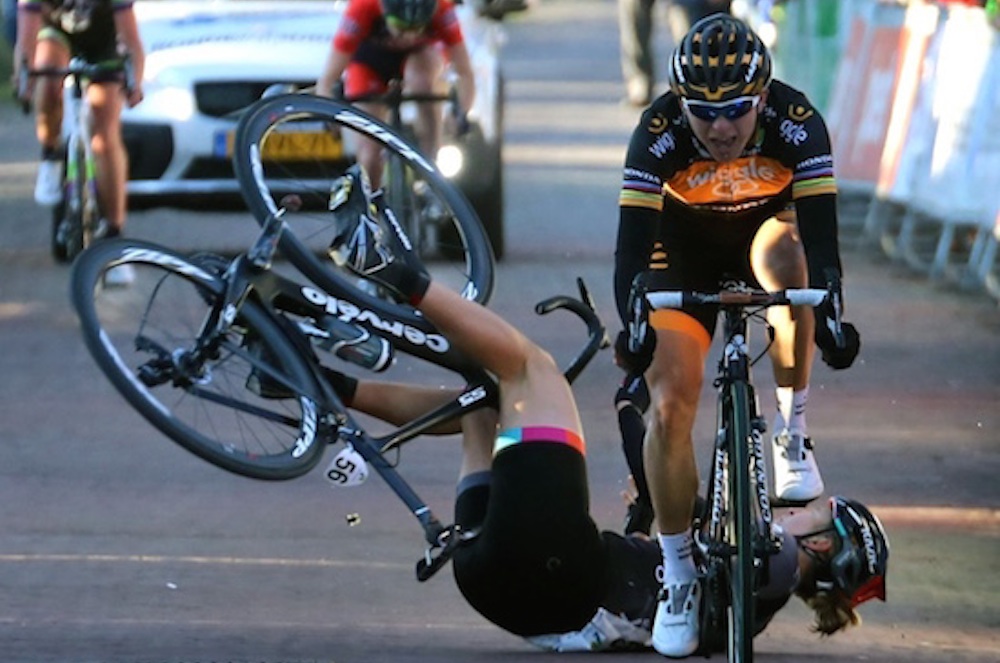 What the hell is this guy’s problem?

Everyone knows that if you go to watch a sporting event, then it’s not a good idea to get involved with the athletes taking part – you could screw everything up or possibly even get hurt yourself, so it’s best just to keep yourself to yourself and enjoy the spectacle.

Unfortunately, not everyone follows these unspoken rules and sometimes it can end up with people getting seriously hurt, like the situation involving female cyclist Loren Rowney. She was part of an eight person breakaway heading for the finish line in a race a couple of days ago when a member of the crowd reached out and grabbed her, causing her to trip up in a crash that could definitely be included in the greatest bike crashes of all time. She ended up breaking her collar bone and was flown over to Germany for surgery on it.

It’s not really clear from the video if the guy meant to trip her off her bike or was just trying to grab her for props in an ‘OMG I touched a celebrity kind of way’. Either way he’s an asshole though because it’s gonna be pretty obvious that if you grab someone when they’re travelling at speeds like that then it’s going to mess them up. Seriously, he really should know better especially considering he’s going to watch cycling which kind of implies he would be a fan of sport and so would know stuff like this could happen. Jerk.