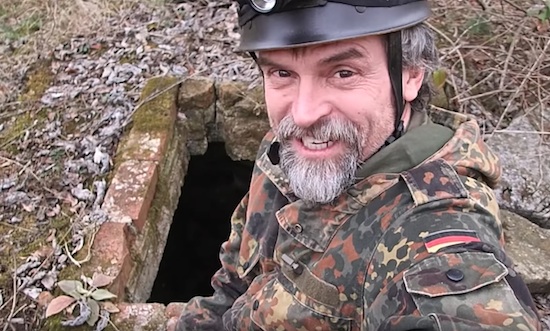 Some Indiana Jones shit right there.

These days, you kind of get the idea that people going searching around old buildings for buried treasure is kind of dated. Sure, UrbEx exists, but that’s more about exploring – not searching for treasure or anything like that.

It turns out that people are still doing it though all the time and one of them is Beau Ouimette, the guy behind the YouTube channel AquaChigger. I’ve got no idea what AquaChigger means, but this guy is seriously crazy in the video below, plunging into an old well for a look around only to discover that it’s positively teeming with snakes:

Nerves of steel. I mean he was kinda freaking out a little bit but at least he kept going, you know? I wouldn’t even have gone anywhere near that rickety old ladder, let alone kept going after I saw all those snakes, even if they weren’t that big. There could have been some massive ones down there for all he knew, but he still went down there just so he could check out the bottom of the well where it was extremely unlikely he was even going to find anything. Hero.

For more of the same, check out this urban explorer’s photo diary. Breathtaking.