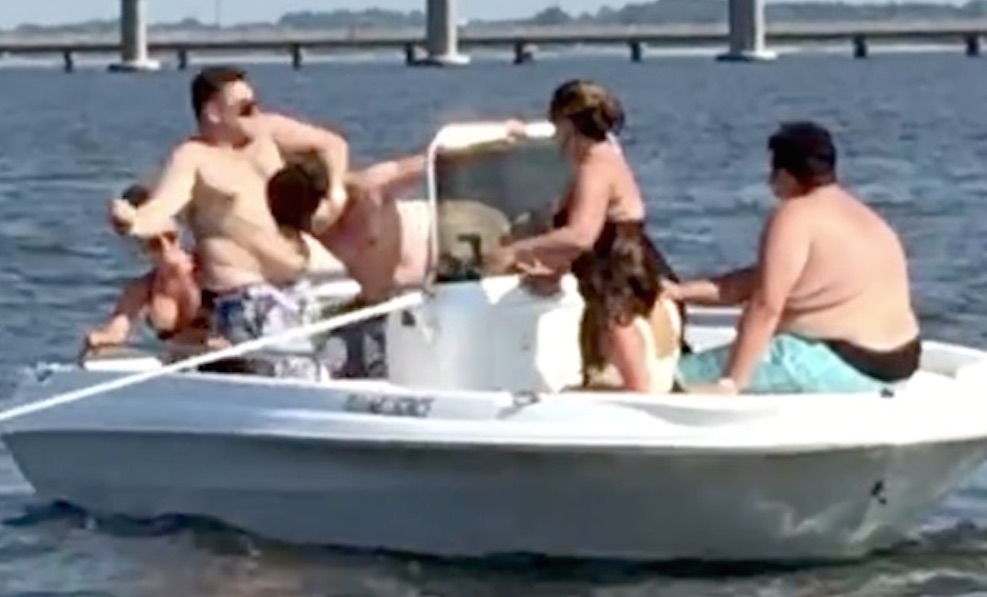 There’s nothing better than grabbing a few beers and a few friends and heading out on the sea in a boat, blasting the tunes and having a great time – unless things get out of hand.

That’s always likely to happen when people are drinking alcohol and there are a variety of possible scenarios in a situation like this: you could fall off the boat, you could end up puking, or people could end up fighting. This video highlights the final of those options, whereby one of the fattest, whitest and drunkest families end up having an absolutely slobberknocker on the boat as it speeds out of control round and round in circles.

Ooof. I like the part where the one dude grabs the pole and smashes it down on the other guy’s head. That’s gonna leave a mark.

In all seriousness though that is pretty stupid behaviour that’s endangering the lives of everyone on board and other people on boats in the area. The guys filming this might seem like killjoys for phoning the coastguard and the police but it was the right thing to do, and it’s also a good thing that these guys are facing fines and charges too. Maybe that’ll make them a little less fat and drunk eh?

For more boat fights, check out this fight on a boat over a selfie stick. Dumb.