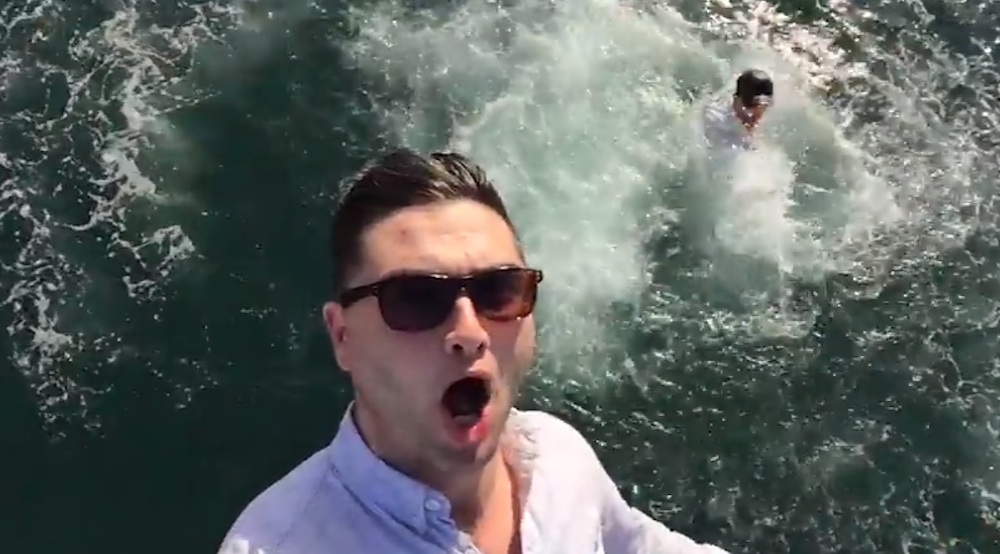 The moral of the story is to watch where you’re putting your selfie stick as you might just end up starting a fight with the wrong people.

Selfie sticks are fast becoming the norm whenever you visit a tourist destination and sure, they’re annoying but I’ve never seen anything like what happens in this video kick off.

It ends with the original fight starting selfie stick guy – who’s way smaller but looks like he has the Asian fury – managing to throw the other guy off the boat and into the water. The original selfie stick guy – who seems like a bit of a bogan – obviously runs over and gets in the shot with his selfie stick, dedicating it to his mate Boffa who decided not to bother coming on the trip.

To be honest I’ve got a strong suspicion that this is completely staged and utter bullshit, but it’s still fairly entertaining to see someone get thrown off a boat because of a selfie stick. Also, I found the video of the guy stealing his bike back from the guy who stole it more real, and that turned out to be a fake so who knows? Our verdict – complete and utter blags.